Skepta to be a dad

Skepta is expecting his first child, after posting a picture of the tot's ultrasound on Instagram on Monday (30.07.18).

Skepta is expecting his first child. 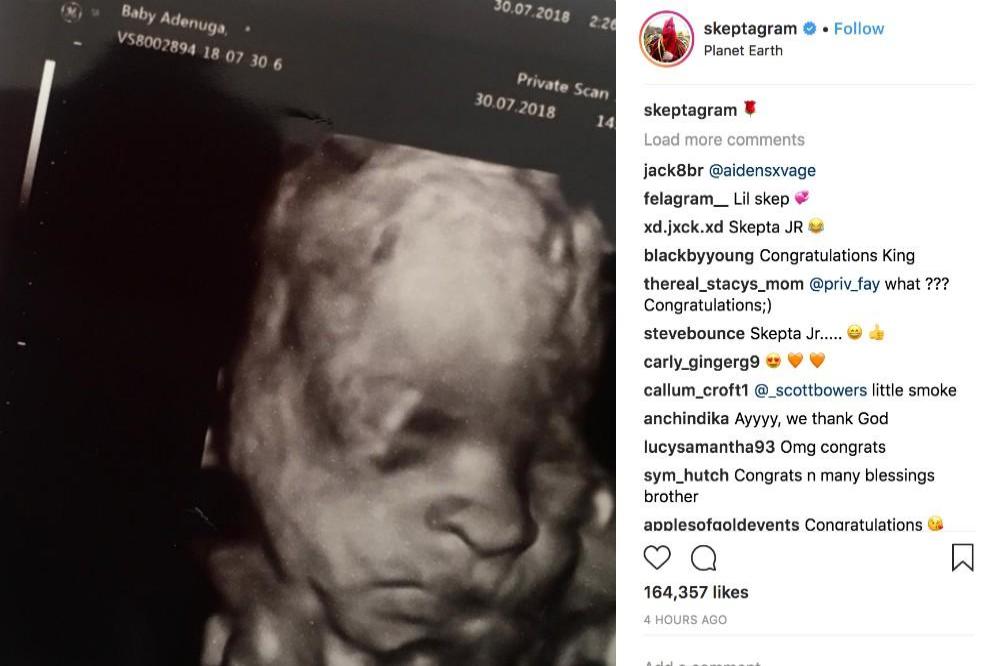 The 35-year-old grime star has seemingly confirmed he is set to become a father for the first time, after he took to Instagram to share a picture of an ultrasound photo which revealed the unborn tot's face.

Skepta chose not to put a message in the caption of the photo, instead opting for just a rose emoji, but the picture shows the date of the ultrasound being Monday (30.07.18).

The scan also shows the words "Baby Adenuga", which is the 'Shutdown' hitmaker's surname, as his full name is Joseph Junior Adenuga.

Earlier this year, Skepta was rumoured to be dating supermodel Naomi Campbell, and so it has been speculated that she is the mother of the tot, though she is yet to confirm the news herself.

In January, it was claimed the couple had been enjoying a number of "secret" dates.

A source said: "Naomi and Skepta have been meeting up for a string of secret dates. They are both very creative which is why they have hit it off with each other. Things are going well but they are taking it very slowly."

And romance rumours heated up further when the couple were spotted at the NME Awards together in February, where they reportedly couldn't take their eyes off of one another.

A source said at the time: "They only had eyes for each other. They were sat next to each other and were constantly whispering into each other's ears.

"There is an obvious spark."

After the awards, the 'That's Not Me' hitmaker shared a photo of Naomi on stage at the ceremony, and simply captioned it with two heart emojis.