Septuagenarian Ronnie Wood still acts like he's 27, according to his wife Sally Wood. 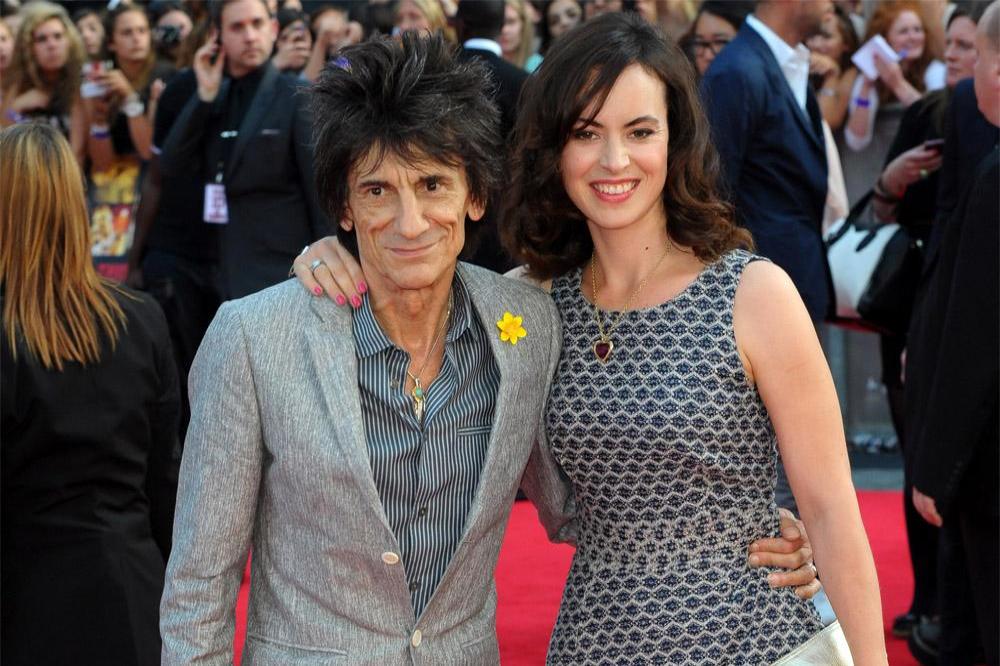 The Rolling Stones rocker may have recently turned 73 but his wife Sally joked that he still acts like he's in his 20s.

Ronnie and Sally's twins Alice and Gracie also recently celebrated their own milestone - their fourth birthday.

Speaking about their celebrations, Sally added: "They'd been looking forward to it for so long. They were so happy when their birthday finally came around and they could say they were four. They were making silly noises and laughing in hysterics. They always crack each other up doing funny voices and impressions. Alice and Gracie loved blowing out their candles so much that Ronnie and I lit them and sang Happy Birthday several times."

And Sally was thrilled that they could take their kids to Ashridge House in Hertfordshire for their birthday celebrations as they thought it was the real castle in the 'Frozen' movies.

She told Hello! magazine: "The girls think its the castle where Elsa and Anna [from the film 'Frozen'] live. We drove past it hundreds of times before lockdown so they were very excited to go there on their birthday. It was wonderful to see them so happy. Ronnie and I love our girls so much and are so proud of them. We love watching them grow and play. They're kind, smart and have a great sense of humour, they're brilliant."

tagged in The Rolling Stones