Movie star Selma Blair has opened up about what her life with multiple sclerosis is like, insisting she currently feels "great" thanks to successful treatments.

Selma Blair is feeling "great at the moment" with her multiple sclerosis currently being in remission. The 'Cruel Intentions' actress was diagnosed with the condition - which is a chronic immune disease that affects the brain and nerves - back in 2018.

She has since undergone a stem cell transplant and an "aggressive" course of chemotherapy to help restart her immune system and she is reaping the benefits of the cutting edge treatment.

She said: "At this moment, I’m great .It is important to say ‘at this very moment’ and I don’t want to be complaining although I always say, ‘I have no complaints but do you have a minute?’ It’s like my joyful thing.”

Selma also spoke of how she has had more "gains than losses" when it comes to her condition, as she opened up about her ordeal ahead of the release of her documentary 'Introducing, Selma Blair', which is set to be stream on Discovery+ later this month.

Speaking on 'Good Morning America', she said: "I have more gains than losses. And I do have things that can sometimes be embarrassing but this part of it that I do want to show ’cause that’s the part that’s healing, and perfect, and acceptance - the glitches, maybe some of the speech.”

The 'Scream 2' star - who has a 10-year-old son Arthur - hopes the success of her treatment will inspire other MS sufferers that they can make recoveries.

She said: "I’m someone that’s always gone holistic. I chose this as a marker in my life to want to live, to want to be a person that can show other people with chronic illness, disabilities, an injury they couldn’t get over, a hit.

“I just took a hit. And we take hits ... And that resilience is possible."

Although Selma's health is vastly improving she will not try and rush to get back to acting, although she admits that being back on a film set would be an "amazing" achievement.

The 46-year-old actress - whose acting credits also include 'The Sweetest Thing' and 'Legally Blonde' - said: "If the right thing - I’m not looking, but God knows I would never say I wouldn’t dream of being a part of an amazing set one day." 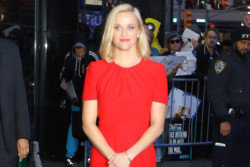 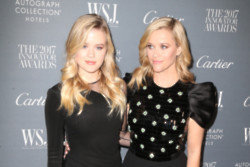 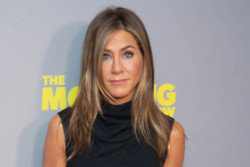