Kourtney Kardashian's ex Scott Disick is said to have been avoiding some Kardashian family get-togethers when her new fiancé Travis Barker is there.

Scott Disick is said to "avoid" Kardashian family events when Travis Barker is there. The 38-year-old star had a 10-year relationship with Kourtney Kardashian and they share kids Mason, 10, Penelope, nine, and six-year-old Reign together, and while he is still welcome at family gatherings, he is said to feel like "an outcast" when her new fiancé Travis, 46, is present.

A source told Us magazine: "The Kardashians adore Scott and tell him he’s part of the family no matter what, but he feels very distant and feels like an outcast more than ever.

"He avoids family get-togethers that Travis is at, and he has refused to be in the same room with him at times."

Scott was in a relationship with influencer Amelia Hamlin, 20, but the pair called it quits in September.

This comes just days after 'Keeping Up with the Kardashians' star Kourtney, 42, got engaged to the Blink-182 drummer after the pair officially confirmed their relationship in December 2020.

An insider said: "The question was never if they would get engaged, it was more like when.

"Travis just adores Kourtney. He treats her like a princess and is a great guy."

Travis got down on one knee inside a circle of red roses on the beachfront of the Rosewood Miramar Hotel in Montecito, California.

The source added: "Travis was nervous, but Kourtney didn't hesitate for a second before she said yes Kourtney did not stop smiling.

"Everyone was great at keeping it secret Kourtney's family loves Travis."

To celebrate the news of the engagement, Kourtney's mum Kris Jenner, and her sisters Kim and Khloé Kardashian, and Kendall and Kylie Jenner joined the happy couple for a dinner, which was also attended by Travis' daughter Alabama, 15, son Landon, 18, and stepdaughter Atiana De La Hoya, 22.

The source added: "It was a beautiful celebration. Everyone is very happy for them." 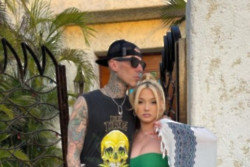 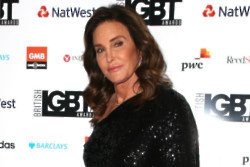 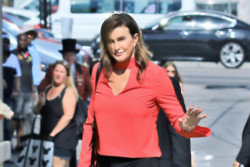 Caitlyn Jenner let split she has another grandkid on the way