'Buffy The Vampire Slayer' star Sarah Michelle Gellar jokes she's ready for the apocalypse after stumbling on a wooden stake.

Sarah Michelle Gellar jokes she's ready for the apocalypse with a 'Buffy The Vampire Slayer' callback. 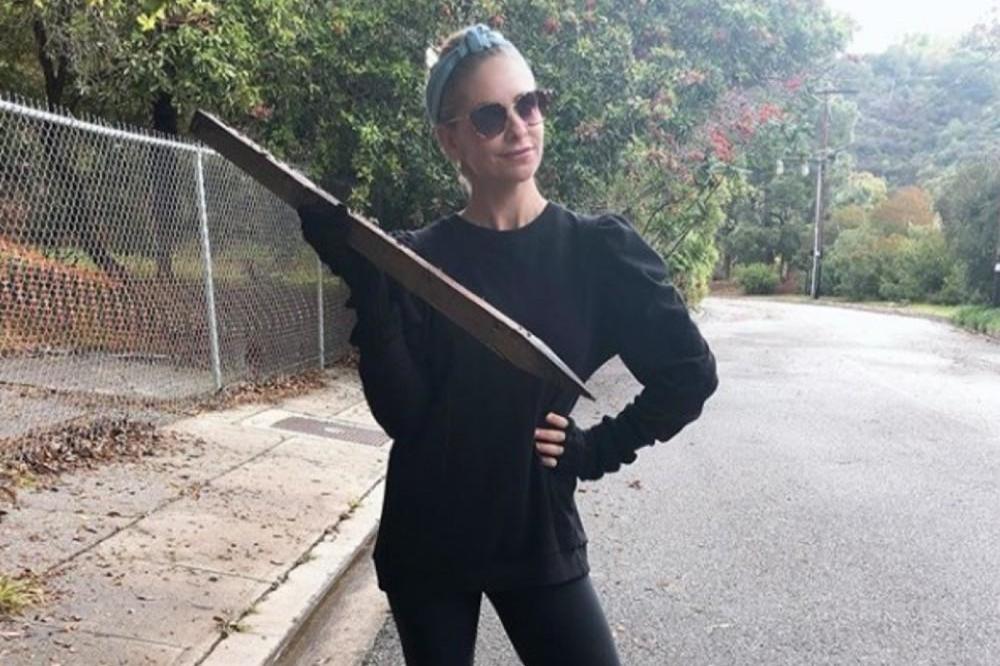 The 42-year-old actress - who famously played the titular character in Joss Whedon's beloved supernatural series from 1997 to 2003 - referenced the role amid the coronavirus pandemic after sharing a meme of Buffy saying "if the apocalypse comes, beep me".

She later shared a snap of a large wooden stake she found on a walk, before posing with it for another photo on her Instagram Stories as she simply joked: "Beeped."

Sharing the same picture with her followers, she teased: "Hmmmm........ found this on my walk today (sic)"

Sarah's former co-star Michelle Trachtenberg - who played her on-screen sister Dawn Summers for the last three seasons - responded with the final lines of the show.

Quoting her own character, she commented: "Buffy, what are we going to do now?"

Selma Blair - who appeared alongside Sarah in 1999's 'Cruel Intentions' - also wanted to get in on the action.

She teased: "And the adventures begin. Can I be your sidekick?"

Creator Whedon has been plotting a revival of the hit show alongside writer Monica Owusu-Breen, with Michelle previously admitting she'd be up for reprising the role of Dawn.

And Anthony Head has left no doubt about his thoughts on a comeback, as he insisted he'd be delighted to return as librarian Rubert Giles.

He said: "Yes! I wouldn't know what as, because Giles has aged a little bit.

"Maybe I'm the head of the Watcher's council now. But to be honest, of course I would. It was so formative."

Although Sarah herself is unlikely to be back as Buffy for a potential revamped series, former cast mate James Marston is up for it.

He revealed: "I am open to whatever Joss has in mind -- whether that's playing Spike or something else. I told him that a long time ago. Joss' mind is always surprising, so yeah. I'm open to playing Spike if Joss is involved."