Sarah Michelle Gellar died her hair to 'embarrass' her kids

Sarah Michelle Gellar has died her hair pink to "embarrass" her kids, as she says she needs to find "new and creative ways" to get under their skin.

Sarah Michelle Gellar has died her hair pink to "embarrass" her kids. 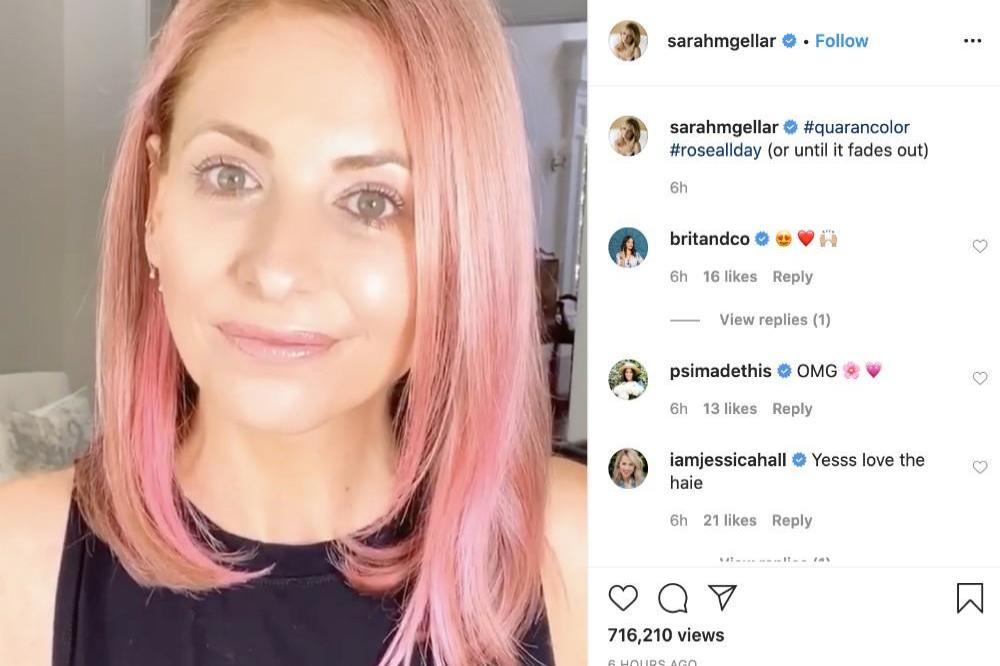 The 'Buffy the Vampire Slayer' star has ditched her signature blonde locks for a vivid pink shade, and as she debuted the new look on Instagram, she joked the reason for the change was because she wanted to find a "new and creative way" to make her children cringe.

In a video, Sarah Michelle - who has Charlotte, 10, and Rocky, seven, with husband Freddie Prinze Jr. - said: "Well because we're still in quarantine, I had to think of a new and creative way to embarrass my children. Quaran-colour!"

And alongside the clip, she wrote: "#quarancolor #roseallday (or until it fades out) (sic)"

Although she likes to embarrass her brood, the 43-year-old actress recently hailed her kids as the most influential people in her life.

She said: "My kids are the most influential people in my life. I love to see the world through their eyes, and [hear] the questions they ask."

The 'Cruel Intentions' actress - who has been married to Freddie since 2002 - revealed she takes inspiration from a variety of people on a daily basis.

In fact, Sarah has made a conscious effort to learn as much as she possibly can from the people she meets in her day-to-day life.

Speaking to Us Weekly, the Hollywood actress explained: "I try really hard to get inspired by everyone around me. Whether it's a business associate, another mom, my daughter - I think there's so much to learn when you support other women."

Sarah Michelle also admitted she has "high expectations" of her children, and can be a "strict" parent - especially when it comes to dinner time.

She explained: "Some people say our expectations are a little higher than most, but I think [our children] know what the rules are. We have [family dinner] as many nights as we can. We have no phones at the table. We sit, we all have dinner together."