Ryan Tedder was close to breakdown

Ryan Tedder stepped out of the spotlight because he was suffering from "crippling anxiety" and almost suffered a breakdown because of the band's relentless schedule.

Ryan Tedder took a break because he was "on the verge" of a nervous breakdown. 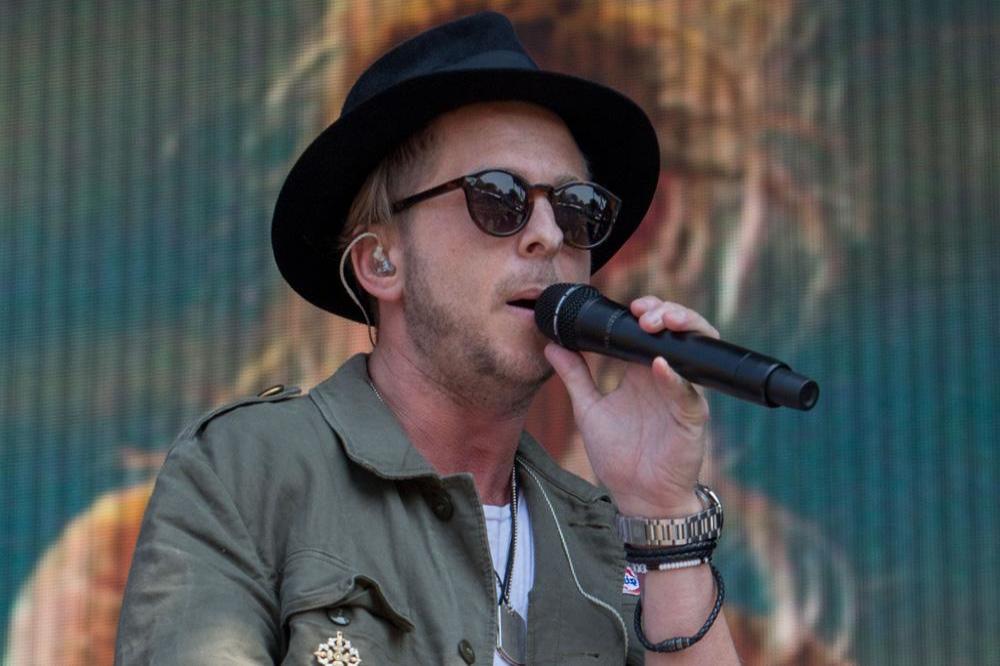 The OneRepublic frontman - who has also penned hits for the likes of Adele, Ellie Goulding and Kelly Clarkson - stepped out of the spotlight for a few months because he was suffering "sheer exhaustion" which caused "crippling anxiety" and realised he had rarely seen any of his loved ones, including wife Genevieve or their sons Copeland, six, and Miles, two, for the best part of a year.

He wrote in an open letter on Facebook: ""We've been a band now for 10 years as of January, and in that time we have gone nonstop... album, tour, album, tour etc... on Native we toured 2 1/2 years... 50+ countries and 225 dates. We went straight from that into finishing 'Oh My My', our longest (and most difficult to finish), and straight from that into promo for 'Wherever I Go' in April 2016.

"About 3-4 weeks into the promo for the 2nd single 'Kids' I hit a physical, emotional, psychological wall.

"I was on the verge of a nervous breakdown, not sleeping, on meds, not happy, anxiety on a crippling level and it was triggered from sheer exhaustion. I looked at a calendar, realized I had been gone 200 days of 2016 and still had 3 more weeks of being gone.. From my family, my wife, my kids, my friends, basically my life. (sic)"

The 37-year-old singer told how his realisation made him want to "pull the plug" on his career and he lost the motivation to write, while the thought of having to perform live made him feel like he was "going to have a heart attack".

He continued: "At that moment I wanted to quit, and almost did. I called my manager and said 'pull the plug'... cancel tv's cancel promo, cancel the single, cancel the album.

"At the time we had a tour planned for the US in February, straight into Europe and then the rest of the world. We were gonna be gone again, for ages. The thought of it literally sent me into a sweat and made me feel like I was going to have a heart attack. Crippling anxiety. It also made me stop writing songs. I didn't have the motivation or joy necessary to. That's over now.(sic)"

As a result, the 'Counting Stars' group are now planning to "change the entire scope" of how they release music, beginning with new single 'Vacancy', which drops on Friday (28.04.17).

Ryan explained in his post: "We will be dropping new music as often as humanly possible... monthly, weekly sometimes, and it will be VARIED and with collaborations and may feel bonkers at first.

"News flash: I am ADD AF and always have been. It is IMPOSSIBLE for me to stick to one lane or one style or sound, I am incapable of it and so are the rest of the guys. That's part of my anxiety, 'what this album supposed to sound like?!!'...

"We will go to radio with songs when it feels like we should, not before. And we will tour... but not so much we end up hating life.(sic)"