Katie Price is planning to tell all about her ex-husband Alex Reid's cross dressing ways in her next autobiography.

Katie Price is planning to tell all about her ex-husband's cross dressing.

The businesswoman's cage fighting ex, Alex Reid, is fond of wearing heavy make-up and dressing as a woman called Roxanne and Katie is set to give the inside story on what he was like in her next autobiography.

She wrote in The Sun newspaper: "It's a shame there are people in denial out there. I mean, look at my ex, Alex Reid.

"He denied his cross-dressing for years but has now admitted it.

"I will tell my side of that story in my next book.

"Honesty is always the best policy when it comes to something as important as your gender identity."

While Katie - who split from Alex after a year of marriage in 2011 and is now married to part-time stripper Kieran Hayler - was accepting of Alex's cross dressing and deviant sexual ways, it cost him his next relationship with model Chantelle Houghton, when she found he had turned their house into a "sex dungeon" and arranged to meet another man.

She said: "I found text messages on Alex's phone, it was to a man and he was arranging to meet up with him as Roxanne for sex

"Oh and yes Alex turned my house into a sex dungeon and I slept on my flat floor for days...Cos I couldn't come home.

"And I've texted the guy who he was arranging to meet and told him what I think of him too. F***ing sick dragging me into this. It's wrong (sic)" 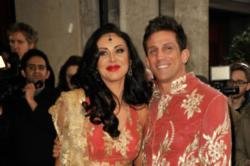 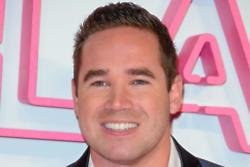