Ronda Rousey struck victory in her WWE fight alongside Kurt Angle at 'WrestleMania 34' against Triple H and his wife Stephanie McMahon at the Mercedes-Benz Superdome in New Orleans. 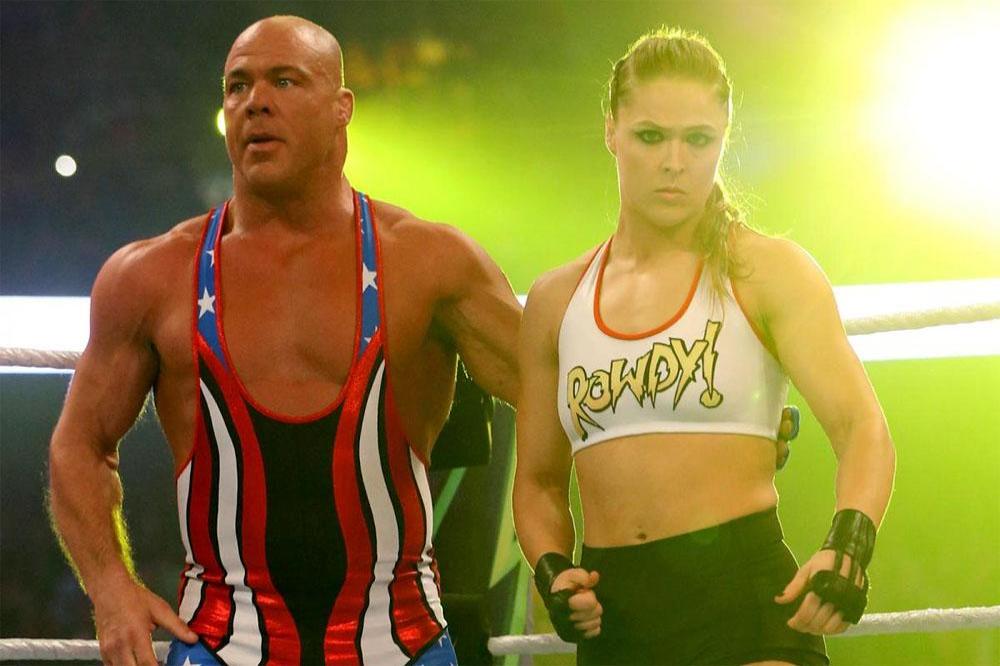 The former UFC champion was paired with Kurt Angle in a mixed tag team match against Triple H and his wife Stephanie McMahon at 'WrestleMania 34' at the Mercedes-Benz Superdome in New Orleans, and the 31-year-old star admitted it was her "favourite" fight of all time.

She said afterwards: "I feel absolutely ecstatic. After my wedding day, this is my favourite day of my life I think."

Rousey - who joined WWE earlier this year - threw numerous punches at McMahon and several throws before eventually claiming victory for the pair when she forced her 41-year-old opponent to tap out.

Following the ring success for Rousey and Angle - who, like Rousey, previously transformed from MMA to professional wrestling - she headed over to the 'WrestleMania 34' crowd and pointed at her husband Travis Browne.

The ex-UFC star had previously appeared at 'WrestleMania 31' in 2015 when Dwayne 'The Rock' Johnson invited her to take on Triple H and McMahon with him, and they tossed the pair from the stage.

She shares her 'Rowdy' nickname with former pro wrestler Roddy Piper - who died in July 2015 aged 61 - and wore his jacket ahead of her Sunday night grapple.

During the match, the 78,000-strong crowd chanted Rousey's name and shouted: "This is awesome."

Rousey previously rose to prominence after winning 12 MMA fights in a row but following an undefeated run she suffered shock back-to-back UFC losses, to Holly Holm in November 2015, and Amanda Nunes in December 2016, which is her last professional UFC fight to date.

tagged in Kurt Angle The Rock 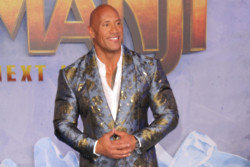