Ronan Keating to be a dad again

Ronan Keating's wife is pregnant with the star's fifth child.

Ronan Keating is to become a father for the fifth time. 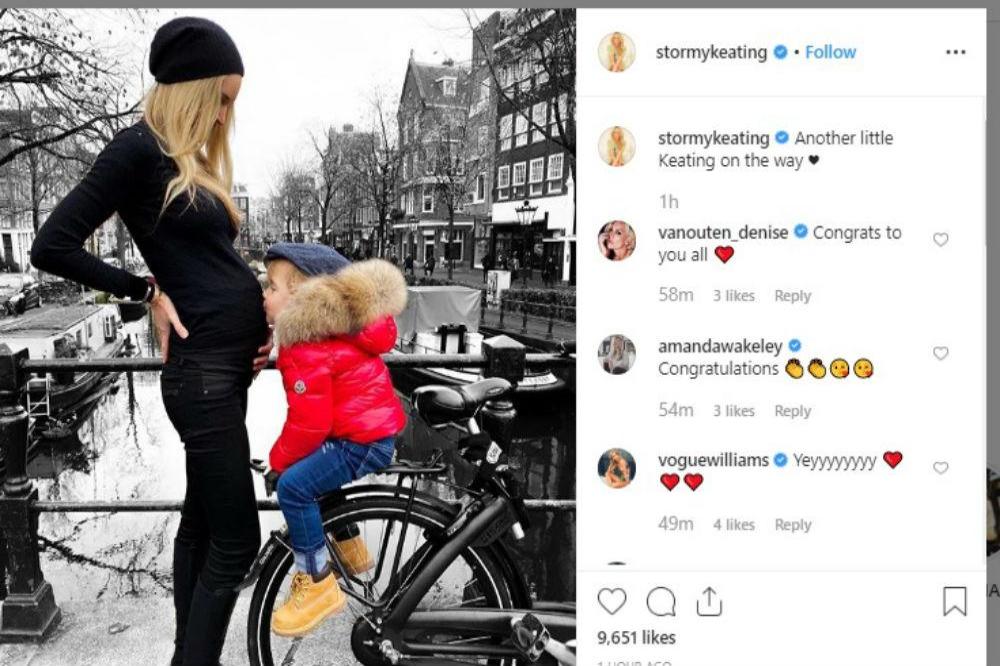 The Boyzone singer - who has Jack, 20, Missy, 18, and Ali, 14, from his first marriage to Yvonne Connolly and two-year-old Cooper with spouse Storm - is delighted the model is pregnant again and says his wife is "feeling great".

Speaking to his Magic Radio Breakfast Show co-host Harriet Scott, he said: "Storm and I are having a baby! It's really exciting. She's feeling great."

She captioned the post: "Another little Keating on the way."

The 38-year-old beauty previously admitted she had had a "really difficult" conversation with the 42-year-old star in the early days of their relationship because she wanted her own children while the 'So Good' hitmaker was unsure if he wanted any more kids.

She said: "He [Ronan] wasn't sure if he wanted to have more children and that was really difficult for me because I always pictured having kids of my own and I come from a really large family.

"I went away and thought about it and I had to be really honest with myself. I spoke to my mum about it. There were tears.

"I knew in my heart that I could live the rest of my life without kids but I couldn't live without [Ronan]."

The 'Life is a Rollercoaster' hitmaker previously admitted he is delighted his older kids have established a strong "bond" with Cooper and think the tot is "adorable".

He said: "It's been amazing to watch them. There is such a bond between all four of them.

"My boy, I've never heard him use the word 'adorable' in my life until I took Cooper and put him in his hands.

"It's that completeness you feel. Strength, security, knowing they're all happy together."