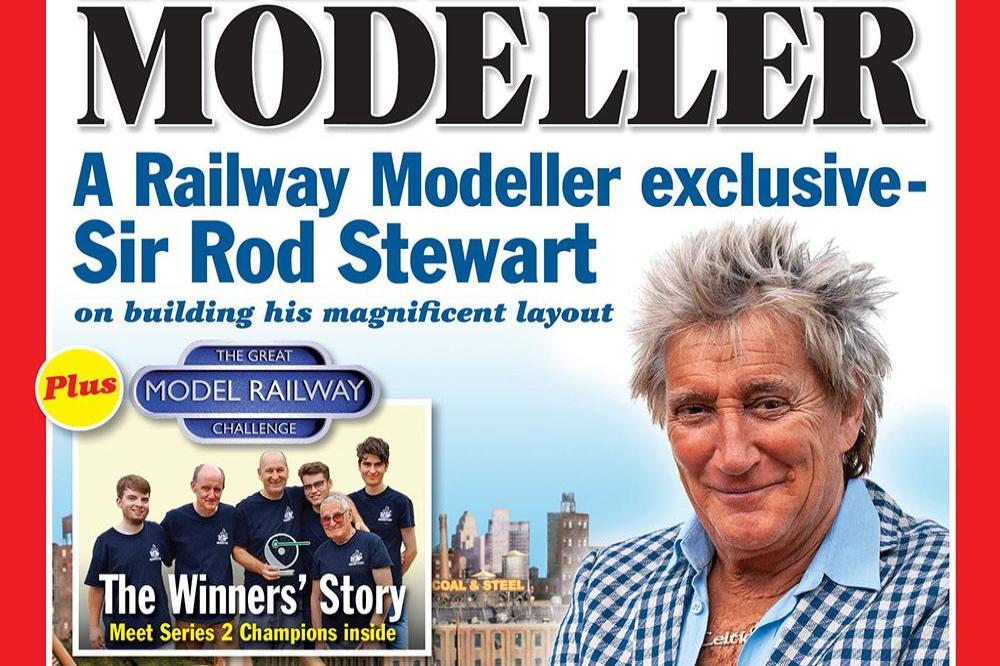 The 74-year-old singer has showed off his incredible WW2 Manhattan, New York, replica called 'Grant Street And Three Rivers City' he built in the attic of his Los Angeles home over the space of over three decades and he admits he wanted to recreate the New York skyline because he loves the "landscape".

In an interview with Railway Modeller magazine, he said: "It's the landscape I like. Attention to detail, extreme detail is paramount.There shouldn't be any unsightly gaps or pavements that are too clean."

Rod also added a tribute to his British roots with an ode to his lifelong support of Scottish soccer team Celtic FC by incorporating a Celtic Coal & Steel firm building on the tracks.

The 'Do Ya Think I'm Sexy?' hitmaker explained his hobby started as a child when his now-demolished home in North London overlooked train tracks and then he became fascinated by American railways when he started touring the US.

He said: "I got hooked on American railways because I was living there when the layout was started. I just looked out the window and there it all was."

Rod - who is married to Lady Penny Lancaster-Stewart - began his model railway when he first moved into his Beverly Hills mansion in 1993 and he admits he has put a lot of hardwork and love into the project.

He added: "I have to give it 110 per cent. For me it's addictive. I started, so I just had to finish. But if I had realised at the start it would have taken so long, I'd have probably said No! No! Nah!"

The rocker also admitted he takes his passion on tour with him as he books extra hotel rooms to store his prize possessions while he puts together kits and paints parts.

Rod said: "We'd tell them in advance and they were really accommodating, taking out the beds and providing fans to improve air circulation and ventilation."