Prince Jackson has reassured his fans he is "at home, resting" and "recovering" after he was involved in a motorcycle crash.

Prince Jackson is at home "resting" following his motorcycle accident. 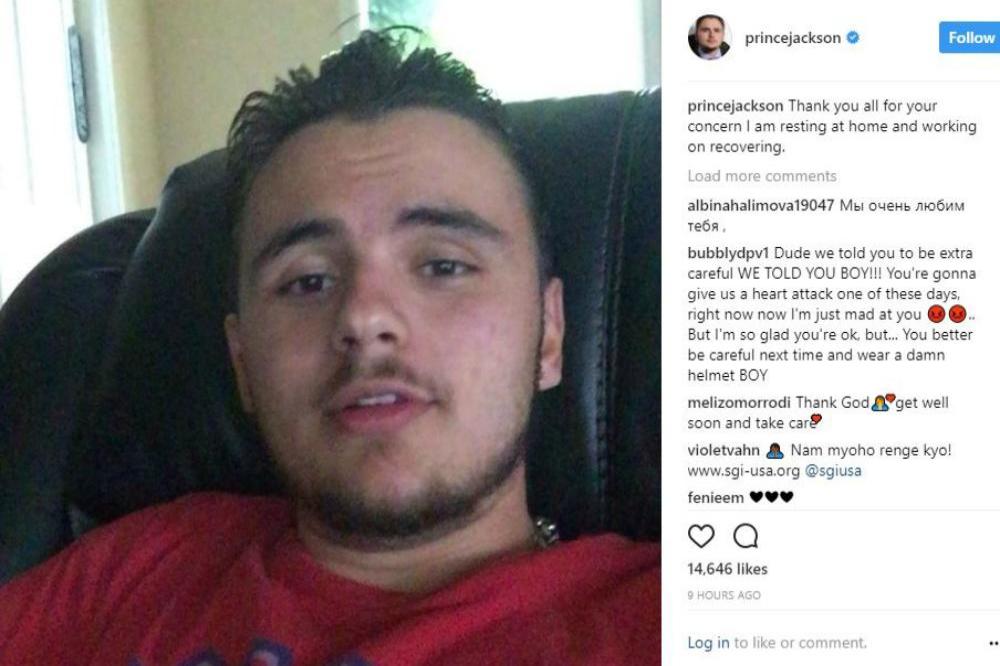 The 20-year-old student - the son of late music legend Michael Jackson and his ex Debbie Rowe - has thanked the emergency services after they looked after him when he lost control of his bike on Thursday (02.11.17) and was rushed to hospital.

Prince posted a video on Instagram in which he said: "What's going on everybody? So, I'm at home, I'm resting, I'm recovering.

"First, I'd like to thank the first responders and the UCLA medical staff, they took great care of me and they made sure everything I needed to be done got done.

"Also, thank you, guys, for all your concern in reaching out, seeing if I'm OK.

"I really appreciate it."

He added the caption: "Thank you all for your concern I️ am resting at home and working on recovering. (sic)"

Prince was said to have been riding in light rain in Los Angeles when he lost control of his bike, and he was taken to a nearby emergency room where he was checked over by medics.

He shared a picture of his feet in an ambulance shortly after the incident.

Fortunately, the medics didn't find any broken bones or serious injuries so he was released and went straight to his class at Loyola Marymount University.

Prince is known to be a big fan of riding his Harley Davidson bike, but has already been reprimanded once before by his sister Paris Jackson, 19, for not wearing motorcycle gloves.