Kevin Bacon doesn't get irritated by jokes about his name because he understands why they are funny.

Kevin Bacon is happy for people to make fun of his name. 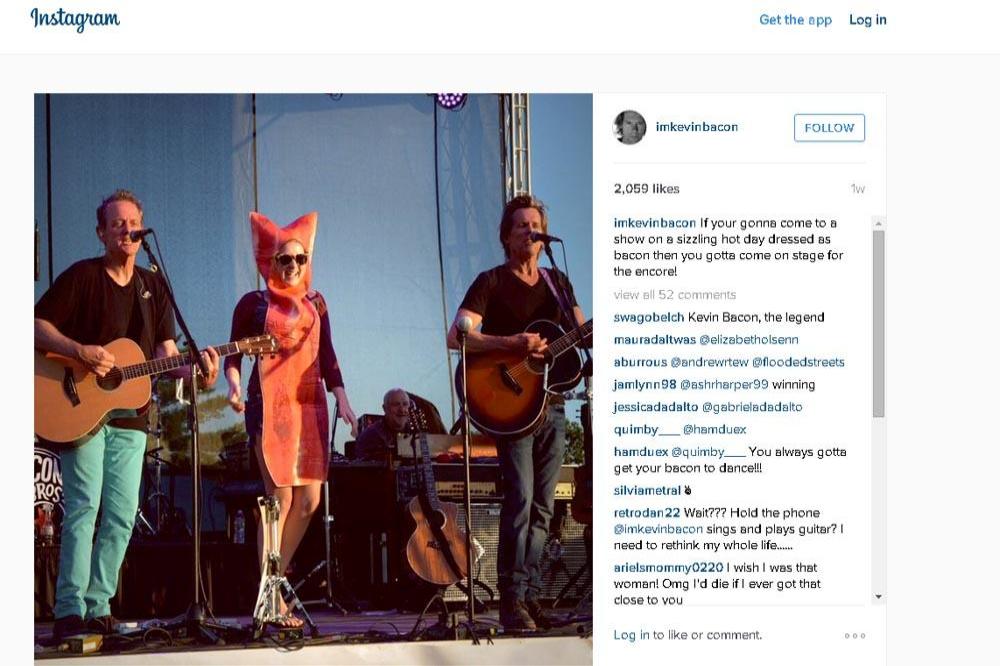 The Bacon Brothers and their fan

The 'Cop Car' actor insists there is no point in getting "irritated" by porky puns about his meaty moniker as it is a natural target for swines who want to use his name to make jokes.

He said: "You have the last name Bacon, stuff comes up. Bacon, food jokes. When you spend your life dealing with it, to keep denying it and get irritated by it, I was fighting a losing battle."

The 57-year-old actor has been married to Kyra Sedgewick for 26 years but insists there is no special reason why their relationship has sizzled for so long.

Grilled by 'Entertainment Tonight' on the secret of a lasting marriage, he said: "Whatever you do, don't listen to celebrities on advice on how to stay married. That's my secret."

Kevin performs alongside his brother Michael in The Bacon Brothers and the band were joined on stage by a fan dressed as a rasher of bacon during a recent show in New Jersey.

Posting a picture of himself and Michael performing with the unnamed female, he wrote on Instagram: "If your gonna come to a show on a sizzling hot day dressed as bacon then you gotta come on stage for the encore! (sic)"