Pink’s dad Jim Moore has died following a battle with prostate cancer, which his daughter had revealed he was battling in July last year. 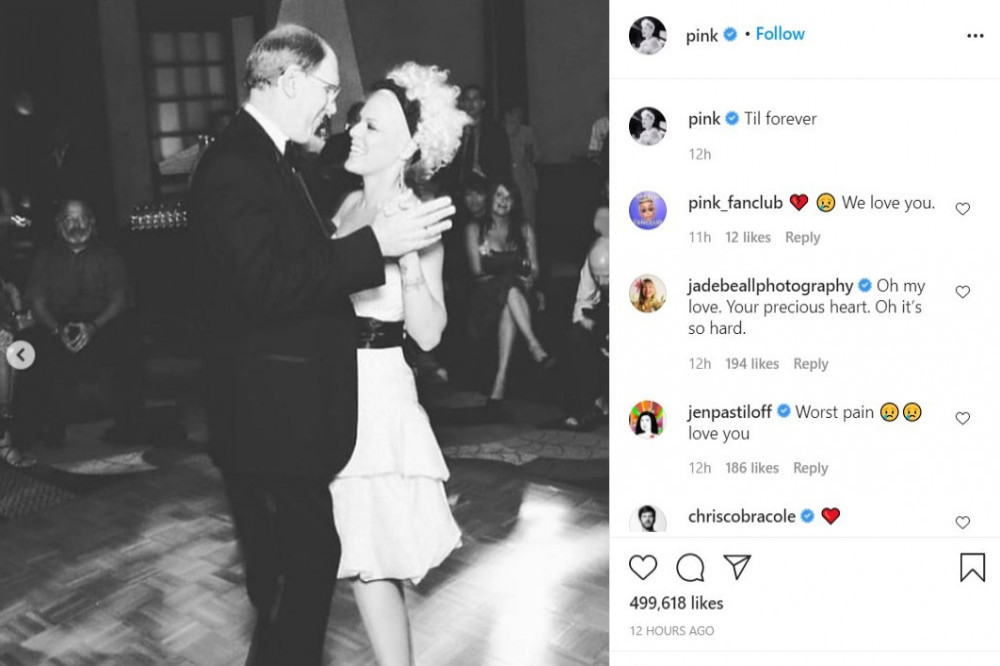 The 41-year-old singer took to Instagram on Friday (27.08.21) to mourn the death of her father by sharing a pair of throwback photos of them, one from when she was a child, and another from her 2006 wedding to Carey Hart.

She captioned the images: “Til forever (sic)”

On Thursday (26.08.21), Pink – whose real name is Alecia Moore – had posted another picture of herself and the Vietnam War veteran performing ‘I Have Seen the Rain’ – which Jim wrote while serving in Vietnam – at a show in New York City in 2006.

That photo was captioned: “Daddy-Sir.”

The ‘Cover Me In Sunshine’ singer is yet to reveal any further details surrounding her father’s death, but Page Six has reported he lost his battle with prostate cancer.

Pink revealed last year her dad was suffering from the illness, as she said he had “just finished” his second round of chemotherapy treatment.

She wrote on social media: “This is my dear Dad this morning headed in for surgery. He just finished his second round of chemo for prostate cancer, fell off a ladder and fractured his back, lost function in his legs.

“But here he is, my Dad, scared and in pain sitting with the love of his life, our Grace, and what’s he doing???? Smiling. Cracking jokes. Making everyone else feel better.

“He’s already back to his old tricks ten hours later, talking about napalm and snipers and viruses and blood puddles.... oh, Dad. How amazing it is to watch you whistle through Hell. (sic)”

Jim – who divorced Pink’s mother, Judy Moore, when the singer was a child – was a huge supporter of the star.

In 2000, he said: “Nothing’s better than and wilder than seeing her do this. She said she was going to do it as a kid and she meant it.”

The veteran is survived by his wife Grace Lilleg Moore, Pink and her brother Jason Moore, and four grandchildren including Pink and Carey Hart’s two children - Willow, 10, and son, Jameson, four. 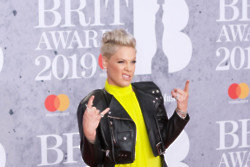 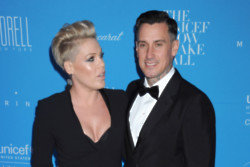 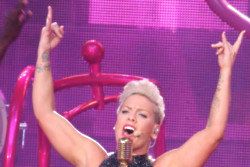