Paris Jackson's tattoos cover up 'dark past' and 'scars'

Paris Jackson has revealed the reason she has had 23 tattoos is because they help her forget about her "dark past".

Paris Jackson admits her tattoos have helped cover up her "dark past" and feelings of "self-hatred". 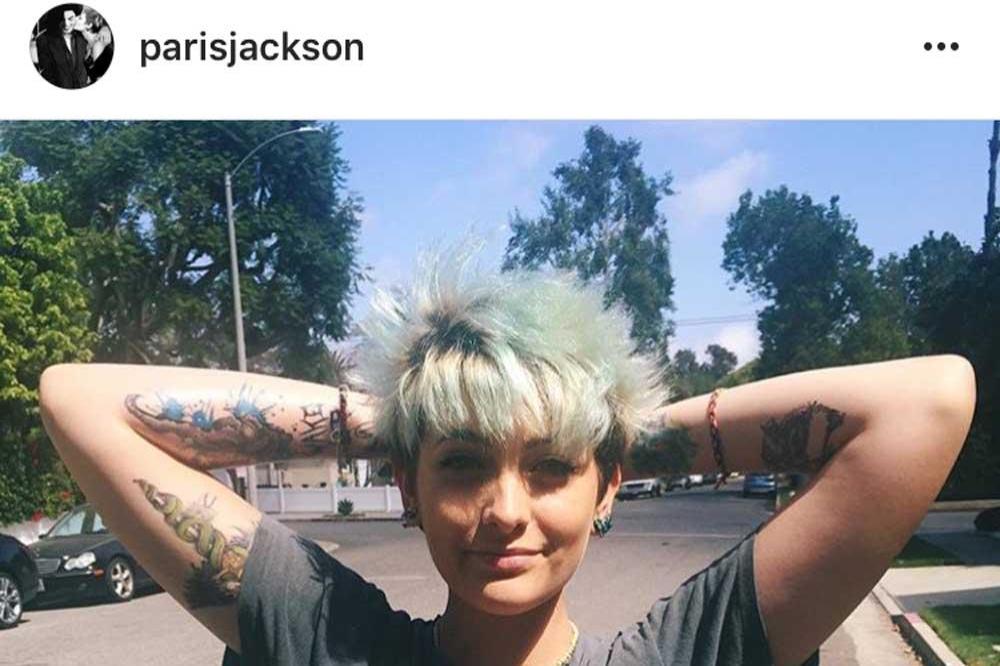 The 18-year-old aspiring actress - the daughter of the late Michael Jackson - only turned 18 in April, but has already had an impressive 23 inkings on her body.

However, to Paris - who was only 11 when her father died in 2009 - the pieces are more than just body art as each time she looks in the mirror she remembers how far she has come since being sectioned to a psychiatric hospital for three months in 2013 after an overdose.

Paris - who is the daughter of Debbie Rowe - has vowed to continue "fighting" and hopes that she inspires other people to be "strong" and know that they are "not alone".

She continued: "i'll always keep fighting, and encouraging others to stay strong. we all go through hell every now and then but it makes us the warriors of love we were meant to be. so to anyone struggling, it gets better. you're not alone (sic)"

One of Paris' tattoos is her father's 'Dangerous' album cover, her second permanent tribute to the late King of Pop, after she had the words 'Queen of My Heart' in her dad's handwriting etched onto her left wrist.