Paris Jackson has got a tattoo tribute to Led Zeppelin. 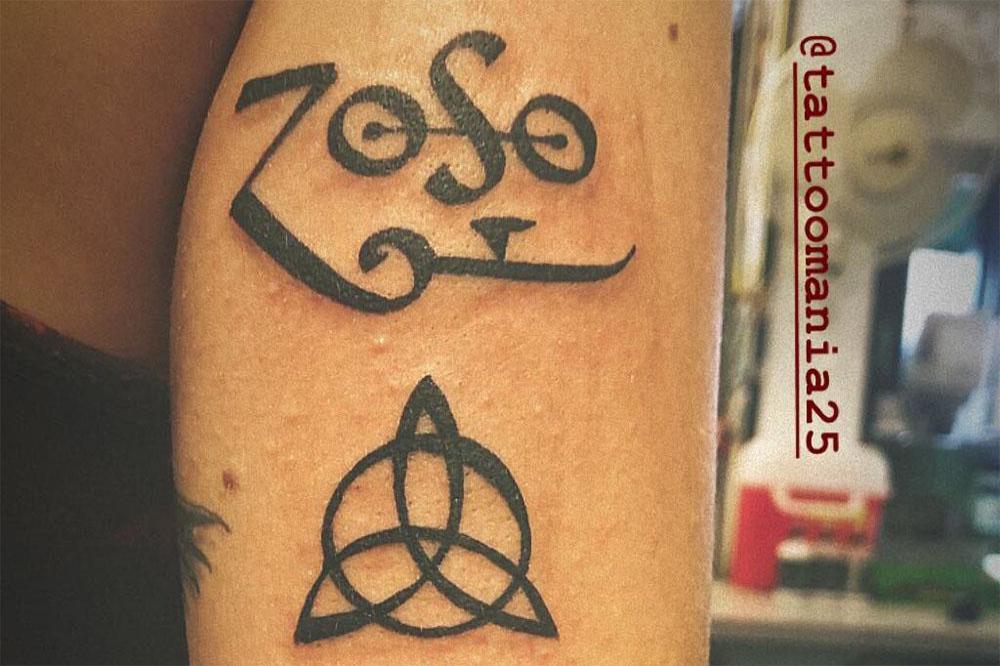 The 20-year-old actress and model - who is the daughter of the late Michael Jackson and Debbie Rowe - has unveiled four tattoos on her arm of the British rock band's logos in their honour.

She wrote on Twitter: "was planning for a few months on just getting zoso but then i said f**k it and (sic)"

Paris' new tattoos come just a few weeks after it was revealed she has checked herself into a treatment facility to work on her emotional health and "to aid in her wellness plan".

A source said: "She decided that she needed to take some time off to reboot, realign and prioritise her physical and emotional health. She checked herself into a treatment facility to aid in her wellness plan."

Paris had previously opened up about her battle with depression and says it stemmed from hanging out with "a lot of older people doing a lot of crazy things".

She explained: "I was doing a lot of things that 13-, 14-, 15-year olds shouldn't do. I tried to grow up too fast, and I wasn't really that nice of a person. I was crazy. I was actually crazy. I was going through a lot of, like teen, angst. And I was also dealing with my depression and my anxiety without any help."

And Paris had previously took to Instagram to plead with her critics to give her a break.

She said: "I guess this is for the people that don't agree with who I am and don't agree with my morals, and spend their time trying to hurt me. I like to think that I'm on a pretty good track, as someone that is literally still a teenager ... I get it, y'all don't like the tattoos, y'all don't like profanity, y'all don't like my free spirit, my outspokenness. I'm a young chick and I should be quiet, I get it. I am a teenager. I am doing the best I can, I'm working as hard as I possible can to make a living for myself and create my own life. I'm fighting for human rights, I'm fighting for animal rights, I'm fighting for the environment. Basically any liberalist movement that will create positive impact on this planet, I'm trying to get involved in (sic)."