Paris Jackson caused a scene at a Paris fashion show when she stormed out in a rage, supposedly in protest of the use of live animals in the performance.

Paris Jackson stormed out of a fashion show in "a rage" - only to stand barefoot in the rain. 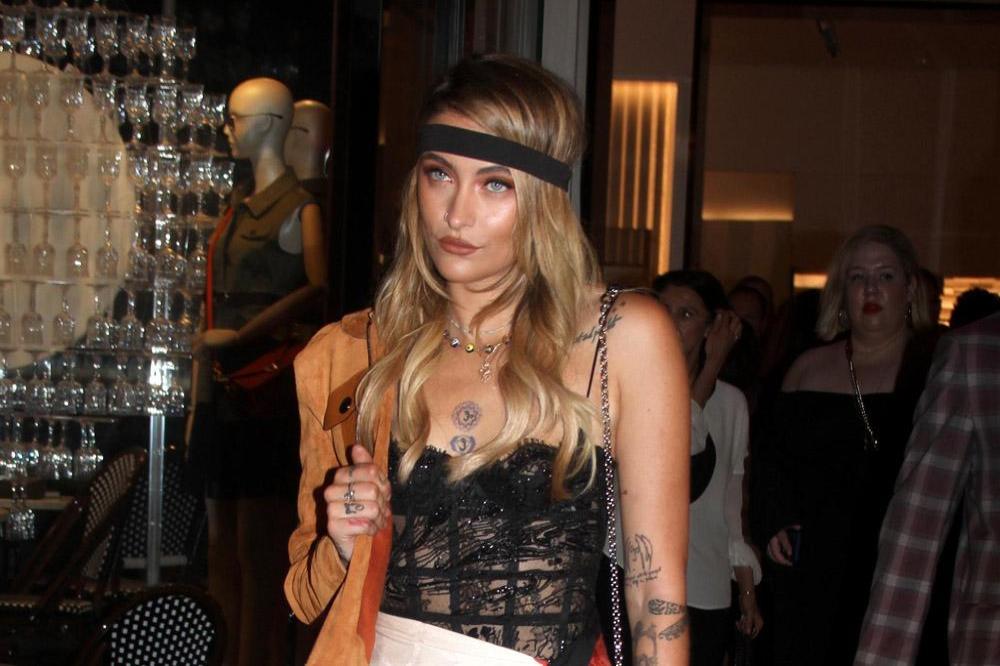 The 20-year-old actress - daughter of the late pop singer Michael Jackson - stomped out of the Dior cruise collection show in Paris, France, at the weekend just as the first model came out onto the runway after the show started late due to a torrential downpour, which meant bad traffic delayed guests, and in protest against the use of live animals.

The event had a Mexican rodeo theme with the models all performing stunts on horseback and Paris - who is a vegetarian - didn't like the idea of them being used for fashion.

According to WWD.com, "Paris huffed out barefoot, having earlier asked two assistants to help her out of her high-heeled sandals. Whether the issue was animal welfare, or simply an extreme aversion to rain, was not clear."

Harper's Bazaar added: "Not everyone was a fan of the horses though, as Paris was spotted leaving the show only minutes in, presumably out of concern for animal welfare."

However, the New York Times newspaper has accused the actress of leaving a "dark cloud" over the event as her swift exit was noticed by the models and guests.

The publication said: "By the end, the only cloud that remained over the event was the jarring exit of Paris, who had pranced in puddles barefoot for the photographers before the show, but stalked out in a rage as the first model made her way down the runway."

Paris wasn't ashamed to say she left the event early as she later took to her Instagram account to uploaded a photo of her standing barefoot in the park in the pouring rain.

She captioned the shot: "left early n did this [sic]"

Meanwhile, Paris recently came under fire for not attending the 2018 Billboard Music Awards to support her aunt Janet Jackson - but she later claimed she was not invited.

She was heavily criticised by social media users for failing to be in the audience when 'Scream' singer Janet was presented with the Icon Award.

But she claimed: "No one from my mgmt reached out to me about attending billboards or about the award, and no one from my family did either. I had absolutely no idea until y'all spammed with hatred. [sic]"