Nikki Sixx to be dad again

Motley Crue rocker Nikki Sixx, 60, is reportedly set to be a father for the fifth time.

Nikki Sixx is set to be a father for the fifth time. 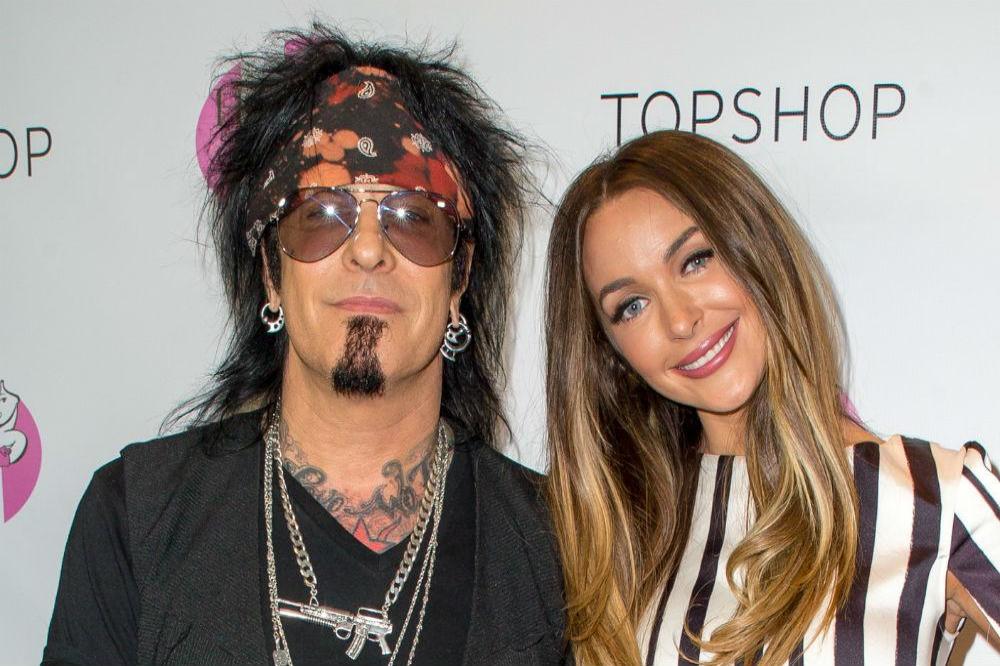 The 60-year-old rocker - who already has Gunner, 27, Storm, 24, and Decker, 23, with first wife Brandi Brandt and Frankie-Jean, 17, with second spouse Donna D'Errico - and his wife Courtney will reportedly welcome their first child together into the world later this year and the Motley Crue bassist couldn't be happier.

A source told RadarOnline.com: "Courtney is several months along, and Nikki is ecstatic!

"He is such a great father already, and she is going to be the best mom. She is so caring."

The couple haven't confirmed their happy news, but during their vacation in Mexico this week, the 33-year-old beauty shared a photo of her bump on Instagram, but removed the post shortly afterwards.

The 'Girls, Girls, Girls' hitmaker proposed to Courtney in 2012 with a huge six-carat diamond ring and they went on to tie the knot two years later at the Greystone Estate in Beverly Hills, California, in a Marie Antoinette-themed wedding.

The model has previously admitted she was keen to have a child of her own with her musician husband.

She has said: "I am so excited to have my first baby with the love of my life."

Meanwhile, Nikki has been busy in the studio with his bandmates working on music to soundtrack their upcoming biopic 'The Dirt', which is based on their infamous 2001 memoir of the same name.

Last summer, the bassist promised to "surprise" fans with the studio sessions they had been working on with producer Bob Rock.

He tweeted: "F**k can I just say it? I'm listening to the roughs of the new @MotleyCrue and it feels real and raw.Everybody is playing like mad and the songs crush. Bob Rock brought the sounds. Plus we have a surprise that will confirm that we're outta our minds. (sic)"

When a fan questioned how "new" the songs could be if they are in a movie about the group's "past", the 59-year-old rock star replied: "You can trust us these are ball busters. Everybody can relax.Were soon gonna smack you upside the head with some killer new tracks. Bob Rock is producing.Its our movie. We know what were doing. (sic)"