Naya Rivera's family 'in disbelief' over her disappearance

Naya Rivera's family and friends are "in disbelief" over her disappearance.

Naya Rivera's family and friends are "in disbelief" over her disappearance. The 'Glee' star is presumed dead after she went missing on Wednesday (08.07.20) afternoon when her four-year-old son Josey was found alone on a boat on Lake Piru in California, and her relatives are in a state of shock over what happened.

And the friend revealed Naya's priorities had "shifted" in the last few years.

An insider added to People magazine: "She was happy, busy ... just kind of living life. Back in the day, her life was all about her career.

"It was all about acting, singing, using her platform for equal rights, empowerment, anti-bullying - I think her priorities have shifted. Her working less isn't because she doesn't want to work, but she's a mom. Her son comes first. That's apparent in everything she's posted and done. Everything is about her son."

Meanwhile, Ventura County Sheriff Sergeant Kevin Donoghue recently admitted Naya's body "may never come back up" and there is "no way to really say" what happened.

He said: "If the body is entangled on something beneath the water, it may never come back up. There's no way to really say. We're putting our best foot forward to try and locate her, we're using all the assets that are available to us including technology like sonar. We're relying on their expertise to help us in that endeavour. We're going to do everything that we can to find her."

Divers have had difficulty seeing in the water, which has made the operation a "slow process", with a police report from the Ventura County Sheriff's Department reading: "The search for a missing Los Angeles actress at Lake Piru has turned into a recovery mission as of Thursday morning. Naya Rivera rented a boat at the lake Wednesday afternoon and went for an excursion with her four-year-old son. The boat was found drifting in the northern portion of the lake with the child alone and asleep onboard. Rivera's son told investigators that he and his mother had been swimming in the lake, and he got back in the boat, but Rivera did not." 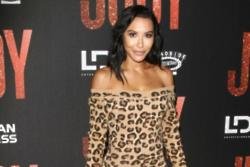 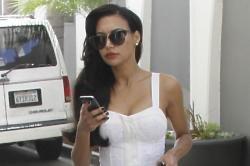 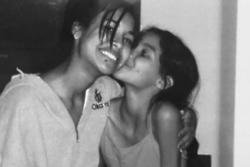