Minnie Driver says Harvey Weinstein “didn’t want” her to be in the 1997 movie 'Good Will Hunting'.

Minnie Driver says Harvey Weinstein “didn’t want” her to be in ‘Good Will Hunting’.

The 52-year-old actress - who worked with the convicted rapist when he executive produced the movie starring and written by Ben Affleck and Matt Damon - claims that he said she wasn’t “very f******” despite her performing incredibly well in the audition for the 1997 film while appearing on the podcast ‘How to Fail’.

Minnie told host Elizabeth Day on Friday (20.05.22): "He didn't want me to be in the film. Again, he was very vocal about the fact that he didn't think that I was in his words 'f*******'. But it was undeniable, like I was, I really don't say that ever, like I don't particularly think that I've been undeniable and other things particularly. But in that audition, and in 'Good Will Hunting', I was undeniably really good."

The ‘Tarzan’ star called the MeToo movement - which was promoted by the arrest of the 70-year-old movie producer, who is currently serving a 23-year prison sentence, in 2017 - “satisfying” despite feeling that some of the those speaking out were “complicit” in the toxic culture.

Minnie said: "God, it was so satisfying. It was so amazing. It was just so amazing to finally feel all these women like a lot of whose stories I already knew, because you talk in the business, everybody knew everybody knew who not to be left alone in a room with. Everybody knew to hear those publicly, to see them not being shouted down, to see these women going 'Oh, my goodness, we can stand together. And if we stand together, then our voices are stronger.' It was so satisfying. And then I've got to say the other part of that was the kind of astonishment that women that I knew were being super disingenuous about their involvement, women who had been completely complicit and wanted to get ahead by doing certain things, who were then suddenly standing up saying 'yes, yes, it was awful. It was awful'.

"I realised just, in a way that was another expression of the abuse of everybody, was that wanting to co-op the idea of being a victim later on having been completely fine with doing certain things is also being a victim of those things. So it was really complex. It was kind of amazing. I didn't feel like it was a witch hunt. I thought it was hilarious the amount of men who like 'you know, we're being falsely accused'. And it's like, yeah, tell that to all the other witches.” 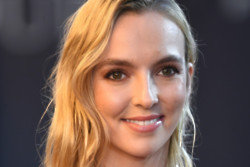