Milo Ventimiglia is Hasty Pudding Man of the Year

Milo Ventimiglia is to be honoured with Harvard University's Hasty Pudding Man of the Year award next month.

Milo Ventimiglia is to be honoured with Harvard University's Hasty Pudding Man of the Year award. The 'This Is Us' actor is to receive the 2019 honour by the prestigious university's Hasty Pudding Theatricals society in recognition of the "significant impressions" he has made on television and film.

And the 41-year-old actor was also singled out because his role as Jess Mariano in 'Gilmore Girls' - who he played from 2001 to 2006 - particularly caught the eye of two members of the group.

Hasty Pudding President Grace Ramsey said in a statement: "We've loved his performances in 'This is Us,' 'Heroes,' and 'Gilmore Girls,' but more importantly, he is the childhood crush of our two esteemed producers, Elizabeth [Mann] and Mariana [Sanchez-Medina]."

Milo will receive his pudding pot at a celebratory roast on February 8 and will then attend the opening night of the group's latest production, 'France France Revolution'.

The play is significant because it's Hasty Pudding Theatricals' first to include women in the cast in over 80 years, as previously even female roles have been played by men.

Hasty Pudding Theatricals, which dates back to the late 18th century, has honoured a Man of the Year since 1967, with previous recipients including Tom Hanks, Ryan Reynolds, Christopher Walken and Clint Eastwood. Last year, the accolade was given to Paul Rudd.

The organisation said: "The Pudding is excited to honour an accomplished actress who has given such a wide range of critically acclaimed performances, and is committed to expanding the role of women in every aspect of storytelling."

Mariana Sanchez-Medina, the organisation's co-producer, added: "In addition to being fans of Bryce's work in TV and film, we admire her efforts to forge new pathways for female artists and creatives in Hollywood." 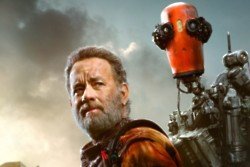 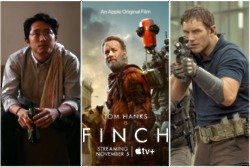 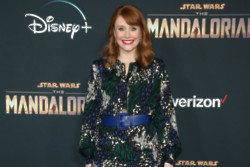 Bryce Dallas Howard to helm Flight of the Navigator reboot