Marvin Humes is ‘in awe’ of wife Rochelle Humes

Marvin Humes admits he is more in love with his wife Rochell Humes than ever before since the birth of their child, son Blake.

Marvin Humes is “in awe” of his wife Rochelle since she gave birth to their third child. 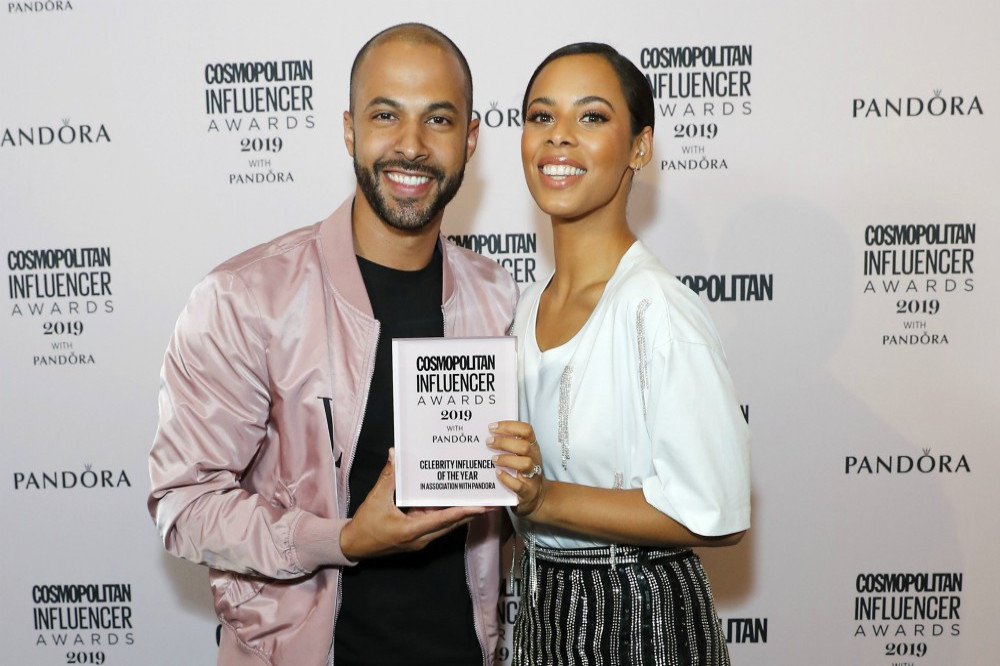 The JLS singer and his spouse welcomed baby Blake – a brother for Alaia-Mai, seven, and three-year-old Valentina – into the world last month and he admits he is more in love with Rochelle than ever before because every new addition to their family has brought them even closer together.

He gushed: “Every time I'm just in awe of how amazing she is.

“When you get engaged, you feel closer, then you get married and feel even closer. Then you have kids and every single time you become closer and closer as a couple, and my levels of respect for her go through the roof."

Although Marvin returned to work just two weeks after Blake was born, he’s grateful the lockdown measures imposed due to the coronavirus pandemic throughout the year has given him far more time to spend with his family.

Speaking to OK! magazine, he said: "I had two weeks off and then I went back to doing my radio show. Rochelle is off for the rest of the year and she’ll slowly get back into work in the new year.

"This year has been terrible on one hand, but it's been nice that we've been able to spend so much time together as a family."

The 35-year-old singer and Rochelle, 31, have been much more relaxed with their new baby than they were the first time they became parents.

Marvin said: “Because he's our third one, you are a lot more relaxed.

"The first time around with Alaia, you literally sit there and watch them and make sure they're breathing every minute but with Blake we take it in our stride."

And though he’s only a few weeks old, baby Blake already looks like his dad.

Marvin said: “When we were in the hospital, Blake was sleeping and I fell asleep too.

"Roch said she looked at us and we looked exactly the same.

"My mum also says he's the spitting image of me when I was a baby. But Rochelle's mum says the same about her."