Liam Neeson says he is dating an "incredibly famous woman" but has refused to reveal her name.

The 63-year-old actor revealed that he has found love again, seven years after the death of his wife Natasha Richardson, but refused to reveal his new partner's identity.

Speaking to Ireland's Sunday Independent, he said: "I'd embarrass her if I said her name, she's incredibly famous. I'll have to do my best for her. It's amazing how far a simple bunch of freshly picked flowers will go in a lady's life, I find."

Liam also admitted that his grief over losing Natasha, in a skiing accident when she was just 45, is still a "touchy subject".

He explained: "Of course the grief is still there. You do your best. I had many little letters, beautiful cards scrawled from people after her death. I still have them and they are very meaningful. It is really touching," he explained.

"In your soul you know that there are people out there caring for you. That means a hell of a lot to me."

Liam previously admitted he still struggles to process the loss.

He shared: "It hits you. It's like a wave. You just get this profound feeling of instability ... the Earth isn't stable anymore and then it passes and it becomes more infrequent, but I still get it sometimes. 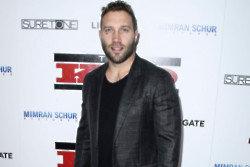