Kyra Sedgwick is "very nervous" for her daughter ahead of the Golden Globe Awards tonight (12.01.14).

Kyra and husband Kevin Bacon's daughter Sosie, 21, will assist hosts Amy Poehler and Tina Fey on stage after being named Miss Golden Globe 2014 ahead of the 71st annual ceremony at the Beverly Hilton Hotel in Los Angeles, and the 48-year-old actress admits she is extremely anxious.

Kyra, who is set to formally introduce Sosie on stage at the event, told People.com: "I've been very nervous. I was less nervous today at rehearsal. I was glad to get the muscle memory going. I just don't want to screw up introducing her. We have a little thing we're doing." 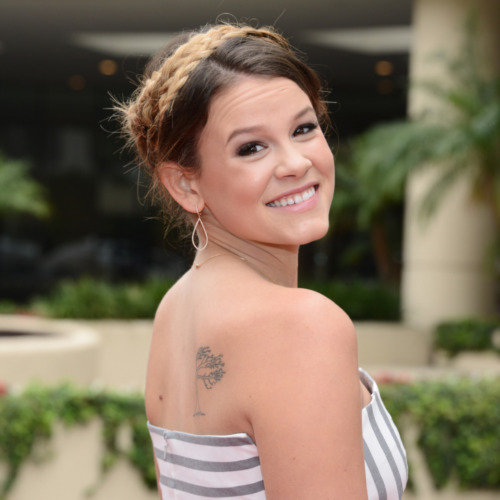 Kevin revealed that Sosie is well prepared to take on the prestigious role.

He said she "seems to be so relaxed, it's tough for us to be nervous."

But Kyra added: "I keep waiting for her to freak out and melt down, but she seems okay.

"The first thing I said is, 'you have to learn to walk in heels,' because she's a flats girl. It took me years to get to know to do it. She says she has, but I don't think she's done enough rehearsing with heels myself, but I'm quiet at this point."

The couple have great relationships with Sosie and their 24-year-old son Travis, who Kyra said have turned "into these people that you'd rather hang out with than any other people you know. That's a wonderful thing."