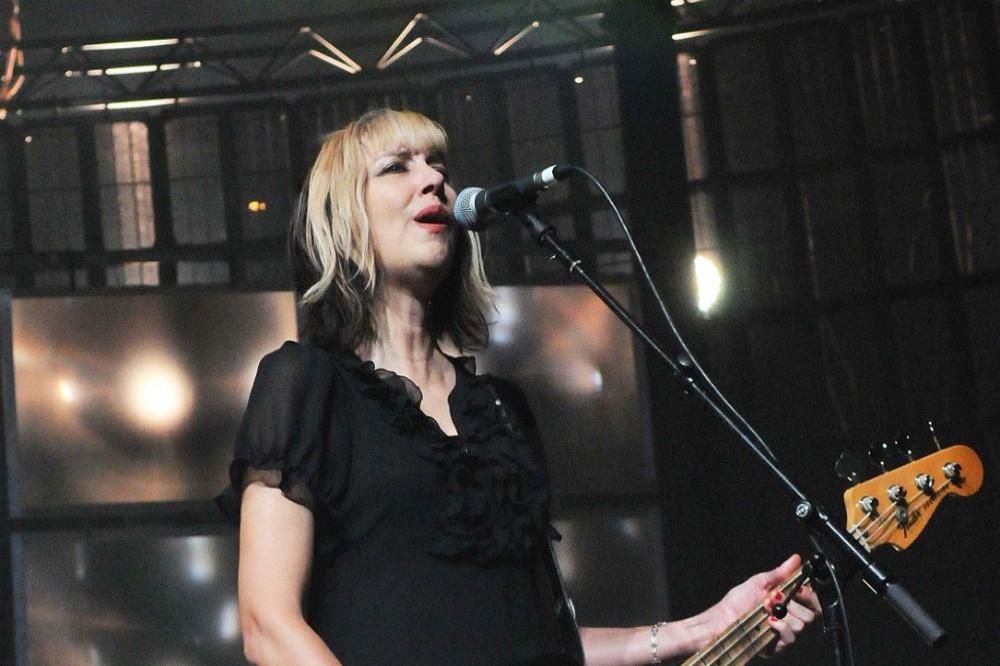 The Muffs lead singer - who also worked with Pixies, NOFX, and Bowling For Soup - passed away on Wednesday (02.10.19) two years after being diagnosed with amyotrophic lateral sclerosis (ALS).

Kim's husband Kevin Sutherland wrote on Instagram: "This morning, the love of my life passed peacefully in her sleep after a two-year struggle with ALS.

"I am the man I am today because of her. She will live with all of us through her music, our shared memories and in her fierce, creative spirit. I love you always my Kimmy. Thank you for sharing your life with me. (sic)"

The Muffs - whose cover of Kim Wilde's hit 'Kids in America' was featured on the soundtrack of 1995 teen comedy movie 'Clueless' - also paid tribute to their frontwoman.

Band members Ronnie Barnett and Roy McDonald wrote on Facebook: "We are very sorry to announce the passing of our bandmate and dear friend Kim Shattuck. Besides being a brilliant songwriter, rocking guitarist and singer/screamer extrordinaire, Kim was a true force of nature. While battling ALS Kim produced our last album, overseeing every part of the record from tracking to artwork. She was our best friend and playing her songs was an honor. Goodbye Kimba. We love you more than we could ever say. Roy & Ronnie (sic)"

The band were due to release 'No Holiday', their first new album in five years, on October 18th.

Green Day frontman Billie Joe Armstrong was among those to pay tribute to Kim, and admitted The Muffs had been a big inspiration to the band.

He wrote on Instagram: "So sad to hear the news about Kim. She was always so cool and tough. All my interactions with her were great. She was one of my favorite song writers. When we recorded dookie we listened to the first Muffs record constantly. We will hear that rock n roll scream from heaven. (sic)"

Kim previously sang on NOFX track 'Lori Meyers' and on Bowling For Soup tune 'I'll Always Remember You (That Way)', and she toured Europe with Pixies in 2013 after original member Kim Deal departed the band.