Kevin Bacon wanted to focus on his acting and be as successful as Meryl Streep after starring in 'Footloose'.

Kevin Bacon wanted to be the next Meryl Streep after starring in 'Footloose'.

The 61-year-old actor and singer played the titular role in the 1984 musical movie and he admits after his performance, he was keen to focus on his acting.

Speaking on The Corp podcast, she said: "There was such a machine sort of behind it once they knew that they had a hit. And once they wanted to keep people on then it was like the press and the this and the that and the weird thing was that, for me, even though it's what I dreamed of and I'd fought so hard for, I was very resistant to it. Because the movie in my mind, which I'm eternally grateful for that movie and I have nothing bad to say about it, but I had an image of myself at that point. I'd put aside the pop star idea because I'd fallen in love with the craft of acting, you know, and I wanted to be Meryl Streep. I didn't want to be David Cassidy and so when the movie came out, I was a pop star."

Kevin still writes songs and he recently revealed penning the tracks helps him to cope with his anxiety and finds his music "therapeutic".

He said: "[I] broke down and fell to the sidewalk. I wrote a new song called 'Shaking'. It starts out being about earthquakes in Southern California, but it's a metaphor about anxiety. I find writing songs extremely therapeutic¬. It is like if my therapist goes on vacation. it's a good time to pick up a guitar and talk about what's going on. I take extremely personal subjects and put them in the songs." 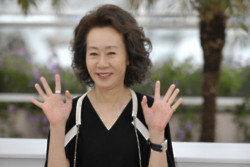