Katie Price wishes her son would die before her

Katie Price wishes her 18-year-old son Harvey - who has a range of health complications - would die before her as she doesn't think he would cope without her.

Katie Price wishes her son would die before her. 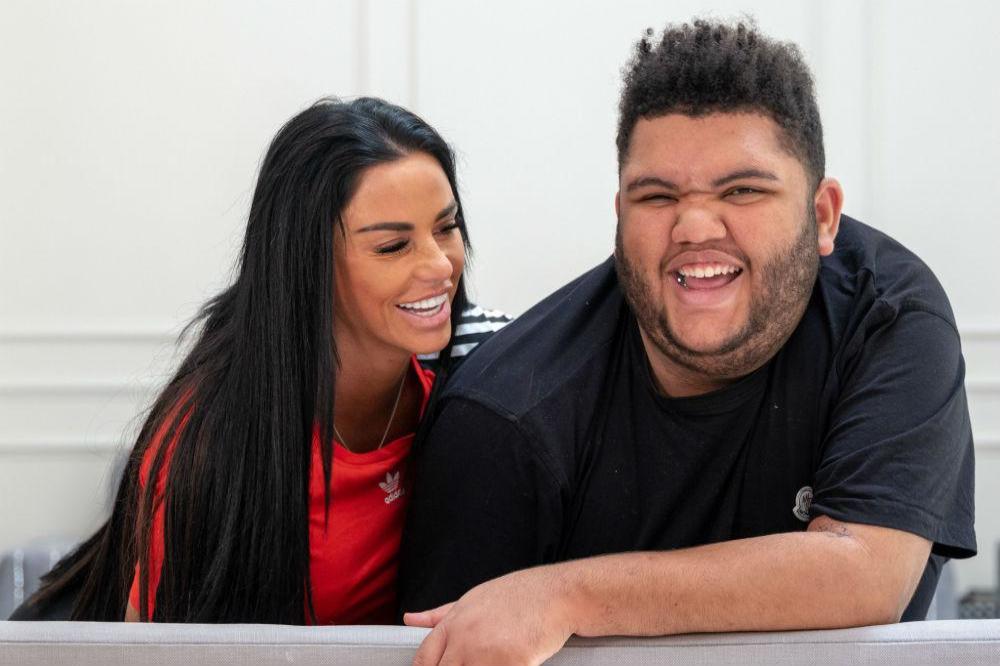 The 42-year-old star admits she worries about her 18-year-old son Harvey - who suffers from many health complications including blindness, ADHA and Prader-Willi syndrome, a genetic disorder which affects his development - and how he would cope after she goes, so much so that she wouldn't want him to be around without her.

She said: "When Harvey went into hospital, I feared the worst. I always do. The doctors have told me he's at high risk of having a heart attack. He's 27 and a half stone, wears 5XL clothes and he gets out of breath walking up the stairs. So of course I panicked. I can't see him living past 50 unless we sort his weight and his breathing out. We try everything but cutting down food is hard. I know it's horrible to say, but I wish he'd go before me because he wouldn't cope without me. He'd be so heartbroken and wouldn't understand where I'd gone."

Katie "knew" something was wrong when Harvey fell ill at his sister's birthday party, and had to be rushed to hospital.

She added to The Sun newspaper: "I know he's ­getting bigger and I'd noticed in the past month his breathing had changed. It was at Princess's birthday party, just after she'd done her cake and Harvey wasn't feeling himself and had a lie down. And then he was getting worse and worse and I thought, 'Oh s***'. Sometimes he'll fake things, like if he doesn't want to go to school, he'll say ­'Harvey feels wobbly', or he's got a sore throat. But I know him well enough to know if he's trying to pull a fast one or not. He said he was getting pains, and he can deteriorate quickly, so I just used my common sense, stayed calm and called the ambulance."