Juno Temple is terrified of "losing her mind".

She said: "One of my biggest fears, one of the scariest thoughts anyone can have, is the idea of losing your mind. To look in the mirror and say, 'I don't know who that is.'

"I've never gone there before as an actress, and it was a head-f**k to play a character unwinding to such extremes for that amount of time.

"I didn't sleep much during the shoot. I've gone four or five nights on two or three hours sleep before, and I've had to deal with anxiety countless times, and it can get so you can't do anything else because your anxiety is so overwhelming. That helped me relate to the character, but it was a trip. [Director] Sebastian [Silva] had to say to me, 'We're making a movie, you need to relax.' "

To counteract the dark material, Juno and her co-stars tried to have as much "fun" as possible when they weren't filming.

She told I-D magazine: "We just had a lot of fun in the evening time. Michael Cera and Emily Browning are long-term friends of mine, so we would just go for it after the shoot wrapped for the day. 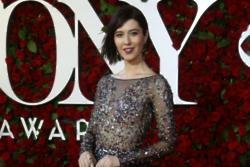 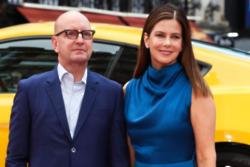