Jenny McCarthy and Donnie Wahlberg have reportedly been "looking very in love and happy together" on their honeymoon after tying the knot at the weekend.

McCarthy and Wahlberg tied the knot during an intimate yet glamorous ceremony at Hotel Baker in St. Charles, Illinois, near Jenny's native Chicago on the weekend before embarking on their honeymoon. 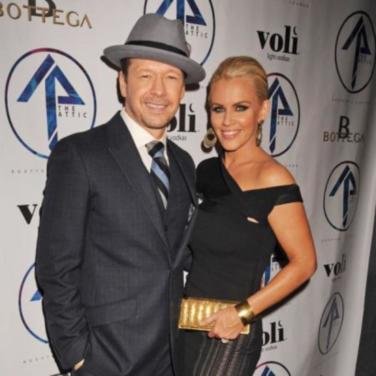 The couple are now enjoying a luxurious break at the romantic Glenmere Mansion hotel in New York's Hudson Valley where fellow guests spotted them "looking very in love and happy together" while they relaxed by the pool.

Missing from the special occasion was Donnie's brother Mark Wahlberg, who was reported to have skipped the event because of his dislike for Jenny.

However, the 'Transformers: Age of Extinction' put rumours to bed when he congratulated the pair on becoming husband and wife in a homemade video which also featured his wife Rhea and their four children Ella, 11, Michael, eight, Brendan, five, and Grace, four.

The 45-year-old star apologised for them not being able to attend the ceremony, explaining that it was their eldest daughter's birthday.

He said: "I love you Donnie, I'm very happy for you. Sorry we can't be there. I'll see you soon."