Howard Donald's wife has forced him to try acupuncture because she's fed up of him gorging on sugary snacks.

Howard Donald has turned to facial acupuncture to cure his binge eating. 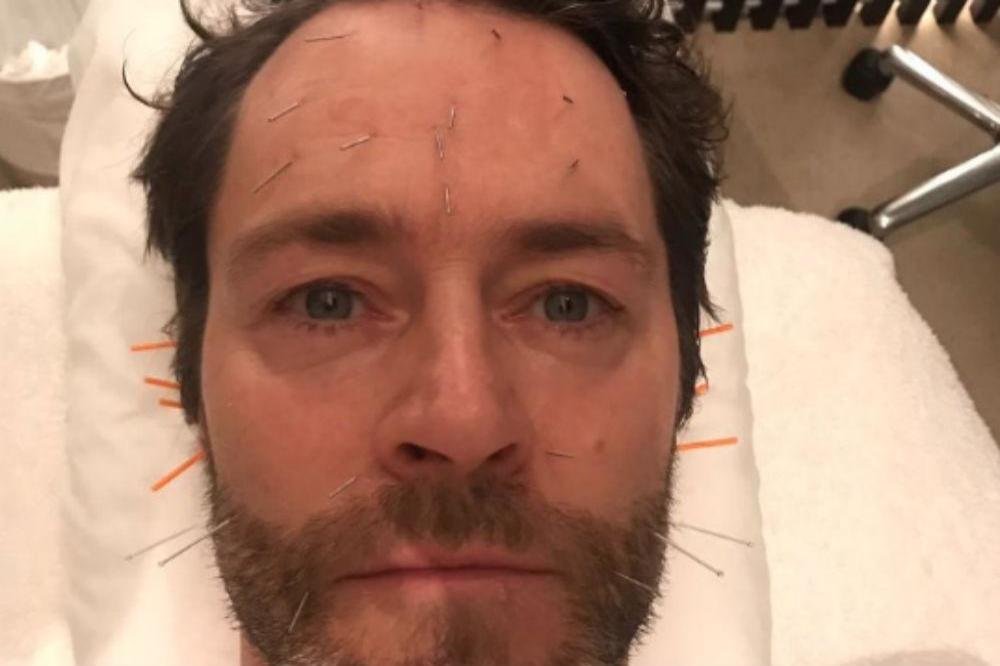 The Take That star can't stop gorging on chocolate, cake and crisps every night after his band's 30th anniversary shows at London's O2 Arena so his wife Katie Halil has persuaded him try the fine needle treatment to stop him being a "pig."

Taking to his Twitter account on Wednesday (08.05.19), the 51-year-old singer uploaded a photograph of him lying in bed with needles penetrating his flesh.

He wrote: "After getting into the hotel last night and eating a lemon meringue pie,snickers and some crisps,my wife suggested acupuncture which will help cure greedybasta**dness.

"I hate needles so Let's hope it works?!! this benefits the inside as well as the outside. #acupunture #pig (sic)."

Howard is no stranger to beauty treatments as he's been doing all that he can to keep his natural hair for fear he'll be chucked out of the band if he goes bald.

He explained recently: "I've been fearing going bald since I was 18, seriously, I have. We would have had a new member if I'd have got a bald patch."

The 'Never Forget' singer has no problem growing facial hair either but admitted a lot of fans don't like it.

Meanwhile, his bandmate Mark Owen, 47, admitted he's open to halting the passing of time with cosmetic surgery, but Gary Barlow, 48, is too squeamish about going under the knife.

Asked about the possibility of surgery, Mark said: "See us in five years. Watch this space."

Gary added: "It's not for me. I don't like going anywhere near a syringe.

"That's what puts me off. It's not the way I look, I'm not that bothered about looks, it's the procedure."