Giovanna Fletcher knew her husband Tom Fletcher was special from “day one”, even though they split for 14 months when they were teenagers.

Giovanna Fletcher knew her husband Tom Fletcher was special from “day one”. 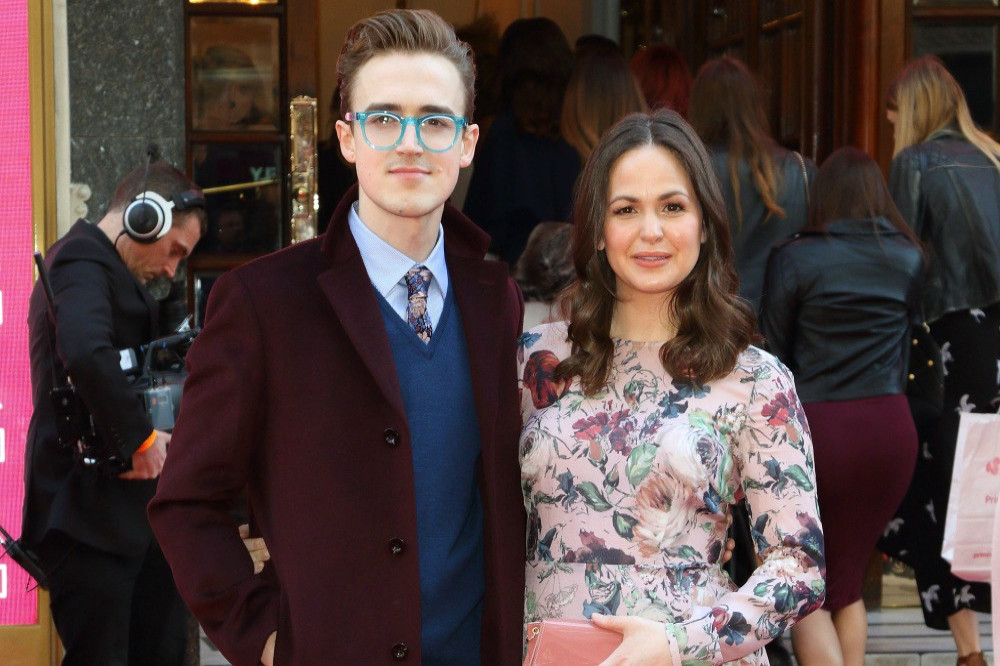 The couple - who married in 2012 - first met when they were just 13 years old, and were boyfriend and girlfriend by the end of their first day at the Sylvia Young Theatre School.

And although they had a 14-month split when they were 16 - during which time Giovanna dated someone else - the podcast host and author has said she always knew there was “something that kept drawing” her toward the McFly singer.

She said: “I felt it from day one. There was just something about him, something that kept drawing us in. I had a boyfriend for the 14 months we weren’t together but Tom was always there. We never left each other alone, really.”

Giovanna said Tom would even send her songs he’d written for McFly, which caused her then-boyfriend to become suspicious of their bond.

She added: “He was a bit like: ‘Er, this is interesting.’ But in my head it was innocent.

“When I met the McFly boys for the first time Dougie [Poynter] said: ‘He literally talks about you non-stop’ and I remember being in Namibia [where she spent a month doing charity work] and thinking about Tom more than I did my boyfriend. But even then I put it down to the fact that he was my first love.”

Then, Giovanna had “an epiphany” whilst driving to see her boyfriend, and split up with him that night before rekindling her romance with Tom soon after.

Since getting back together and tying the knot almost nine years ago, Giovanna and Tom have had three children - sons Buzz, six, Buddy, four, and Max, two - together, and are happier than ever, even if the “passion” in their romance has to take a backseat at times.

Giovanna told The Sun on Sunday’s Fabulous magazine: “People say that about the passion and it’s like: ‘Give off, I’ve had three kids!’ Best friends and comfort is where I’m at and we’re both really happy with that.

"We can get side-tracked sometimes by the things we’re told we should and shouldn’t feel and I think if you can come together at the end of the day and say: ‘Sorry for being a bit of a twerp earlier,’ and chat and laugh then that’s the most important thing.

“It’s just incredible seeing Tom doing the things he loves and being so talented.

"I admire him in a different way to when I was 16. I think the attraction deepens, it’s less flimsy. It’s solid.”