Gary Barlow insisted it was "right" for him to help Queen Elizabeth out of her car because he wouldn't have left his own mother to struggle.

Gary Barlow has insisted it was the "right thing to do" when he broke official protocol and touched Queen Elizabeth.

The Take That frontman had been ordered by aides not to put his hands near the monarch at her Diamond Jubilee celebrations in 2012, but he felt he couldn't stand by and watch the elderly ruler get out of her car on her own as it wasn't something he'd be comfortable with his own mother doing.

And Gary insisted the 94-year-old queen was grateful for his "kind" gesture.

He told Telegraph magazine: "I was told by her footman not to touch her. But I have that exact same model of Range Rover and it's a hell of a drop down.

"I wouldn't let my mum get out of that car unaided and I certainly wasn't going to let the Queen.

"I just put out my arm and she looked at me and said, 'You are very kind.

"I didn't care what I was told to do, that to me was the right thing."

Meanwhile, the 49-year-old singer has booked out London Palladium for his 50th birthday in January, even though he hasn't fully planned out how he wants to mark the milestone yet.

He said: "I always have to have a plan. I've even booked the London Palladium for my 50th birthday [in January].

"I can't think of anything I'd rather be doing than singing on a stage surrounded by my friends and family - maybe I'll have a few guests, maybe I'll film it - all I know is that it's already in the diary."

The 'Patience' hitmaker knows he's never been viewed as "cool" but he's happy about that.

He said: "I've never been cool. And I don't know if I'd ever want to be. I think the most success I've ever had - both me, and me and the boys - is when we just accepted who we are and got on with doing what we do best.

"That's when people connect with you. You can't fool the public trying to pretend to be something you're not. They can spot a fake a mile off. The trick is being exactly who you are and not just being OK with that, being happy with that." 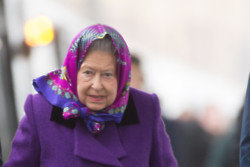 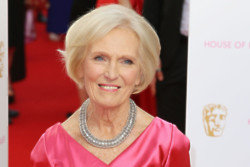