Felicity Huffman has posted a glowing tribute to her husband William H. Macy in honour of their 20th wedding anniversary.

Felicity Huffman has posted a glowing tribute to her husband William H. Macy in honour of their 20th wedding anniversary. 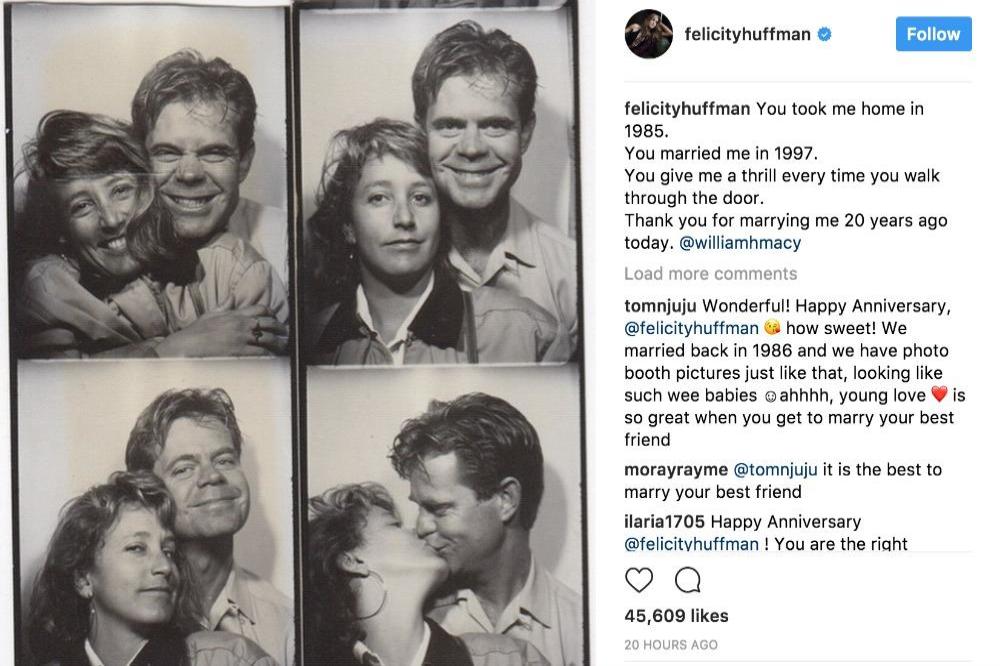 The 54-year-old actress and her 'Shameless' star husband - who have daughters Sophia, 17, and Grace, 15, together - tied the knot in 1997, and took to social media on Wednesday (06.09.17) to ring in the special occasion with a heartwarming tribute.

Posting a collage of pictures of her and William when they were younger, Felicity wrote on Instagram: "You took me home in 1985. You married me in 1997. You give me a thrill every time you walk through the door. Thank you for marrying me 20 years ago today. @williamhmacy (sic)"

And William, 67, didn't shy away from showing his love for his spouse to the world either, as he took to Twitter to dub their marriage the "best thing" he's ever done.

He wrote: "Twenty years ago today I did the best thing I've ever done in my life. I married Felicity Huffman."

Whilst the couple have been married for two decades, they dated for a whopping 15 years before the 'Desperate Housewives' actress agreed to marry William.

But it wasn't for lack of trying on his part, and Felicity previously admitted he'd asked her to marry him on a number of occasions throughout their relationship.

Speaking in 2015, she said: "I was so scared of marriage that I thought I would've preferred to step in front of a bus. I thought I'd disappear.

"Bill Macy asked me to marry him several times over several years. And I was finally smart enough to go: 'I'm going to marry this guy or really lose him for good.' And it was after we broke up for four or five years when he asked me again, I knew I couldn't say no."