Eva Longoria and Felicity Huffman had a 'Desperate Housewives' reunion on Thursday night (12.10.17). 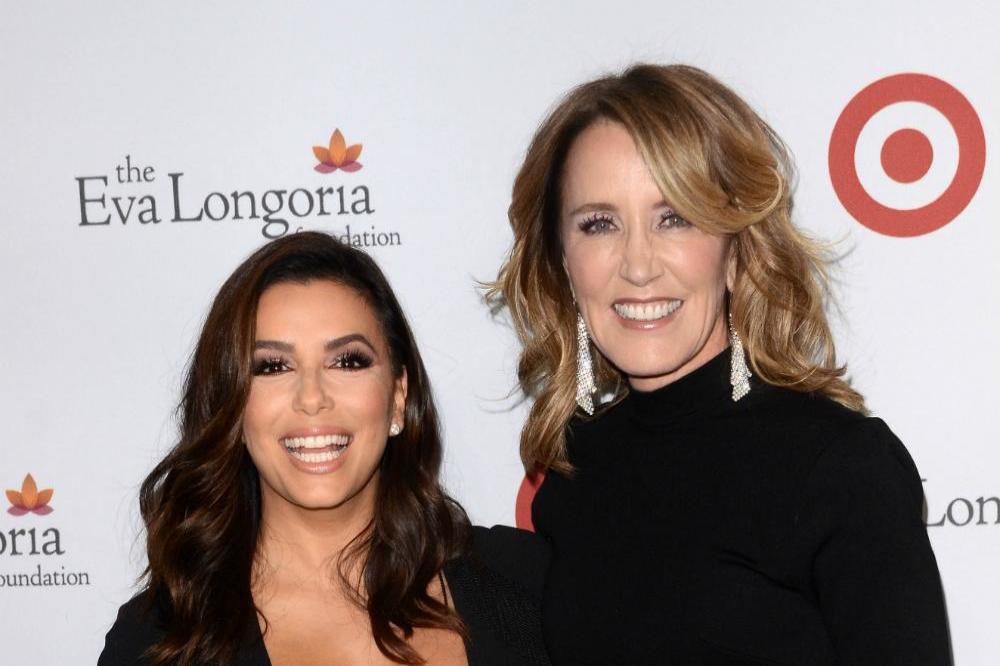 The pair hooked up on the red carpet for the 42-year-old actress' Eva Longoria Foundation annual dinner at the Four Seasons Hotel in Beverly Hills, and Felicity - who played Lynette Scavo in the comedy/drama show - praised her former co-star for being a "great friend".

She said: "I don't think I'm alone in adoring Eva. I think to know Eva is to adore her.

"She has an inner light that shines out. All she cares about is helping people and lifting up the world and she's a great friend.

"And she's stayed real throughout this whole thing, she's a force of nature and she's still the girl next door."

Eva - who portrayed Gabrielle Solis in the show - loves to see how her Foundation is directly improving lives of people by meeting them and their parents personally.

She told 'Entertainment Tonight': "My favourite part of the evening is we have a couple of girls from the Foundation that have been affected by the money that we donated, by the programmes that we have and their lives have changed because of it.

"Talking to their parents about their trajectory now in life because of one small help that we gave, it makes this night and every day of this work worth it."

Eva previously admitted she is thankful to Felicity and their co-star Marcia Cross - who played Bree Van de Kamp - for taking her under their wings on the show.

She said: "I don't think I could have done it without Marcia and Felicity because it was this runaway train that we were all on. I was always turning to Felicity and Marcia who just took me under their wins and was like 'we're gonna stick together, we're gonna do this together.'

"I always loved the business side of entertainment. I used 'Desperate Housewives' and being on set for nearly 10 years as my film school.

"When I decided to direct, I was actually terrified."

'Desperate Housewives' ran for eight series from 2004 to 2012 and also starred Teri Hatcher.