Demi Moore's ex-husband Freddy Moore wants to read her memoir 'Inside Out' "as fast" as he can after he found out that she had detailed an affair she had behind his back.

Demi Moore's first husband Freddy will read her explosive memoir "as fast" as he can. 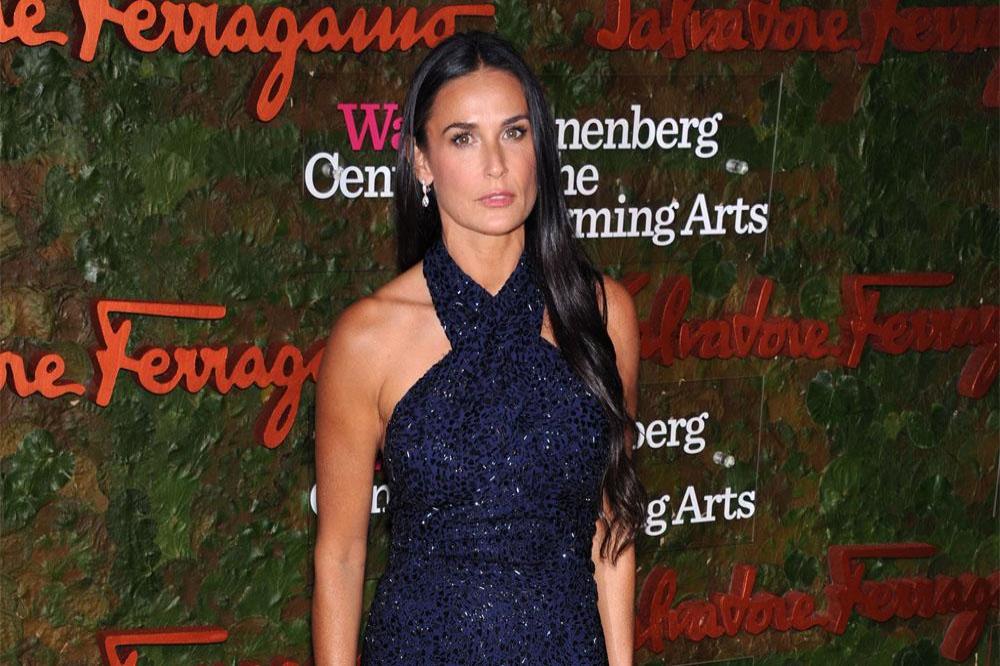 The 69-year-old rock musician - who married the actress in 1980 before divorcing her in 1985 - is desperate to get his hands on her new autobiography 'Inside Out' after he found out that she admitted in her tome how she cheated on him the night before their wedding.

Speaking to paparazzi in a video obtained by DailyMail.com, Freddy made a crazy gesture when asked about his ex wife before stating that he'd read 'Inside Out' as fast as he could.

The 56-year-old actress - who was 18 years old when she tied the knot with the rocker - detailed in her book how she'd called a man on a movie set and arranged to have sex with him when, instead, she should have been practising her vows at her bachelorette party.

She wrote: "The night before we got married, instead of working on my vows, I was calling a guy I'd met on a movie set. I snuck out of my own bachelorette party and went to his apartment. Why did I do that? Why didn't I go and see the man I was committing to spend the rest of my life with to express my doubts?"

The 'Ghost' star also admitted that she had arranged to get married to Freddy as a distraction after her beloved father Danny Guynes took his own life in 1980.

She explained: "I couldn't face the fact that I was getting married to distract myself from grieving the death of my father because I felt there was no room to question what I'd already put in motion. I couldn't get out of the marriage, but I could sabotage it."

Demi first met Freddy when she was 16 years old and he was married to his first wife Lucy.

She recalled: "I was a self-absorbed teenager who hadn't been raised with a lot of respect for the institution of marriage.

"And I jumped into life with Freddy without, I'm sorry to say, much concern for his wife."

After she divorced Freddy, Demi went on to marry Bruce Willis - with whom she has Rumer, 31, Scout, 28, and Tallulah, 25 - and then Ashton Kutcher.