Debra Messing And Will Chase Split

Debra Messing and Will Chase have called time on their relationship.

Messing and Chase have been together almost three years, after they met on the set on drama series Smash, but have not decided to go their separate ways. 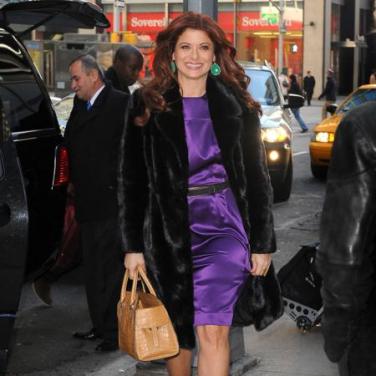 Messing was married to actor and screenwriter Daniel Zelman, but they split back in 2011 after eleven years of marriage.

The couple wed in 2000 and together they have a son, Roman. Messing filed for divorce back in the summer of 2012.

Chase has been wed twice; tying the knot in 1998 to Lori Chase. The couple were married until 2008, and have two daughters together.

Chase married Stephanie Gibson in 2009, but they called it a day three years later.

Since 'Smash' was cancelled in spring 2013, Debra has gone on to work on 'The Mysteries of Laura', which debuted last month.