David Harbour hailed his girlfriend Lily Allen "f***ing hot" before the pair headed to the SAG Awards on Sunday night (19.01.20).

David Harbour gushed over his "bold, brave and just f***ing hot" girlfriend Lily Allen before the pair made their red carpet debut at the Screen Actors Guild (SAG) Awards. 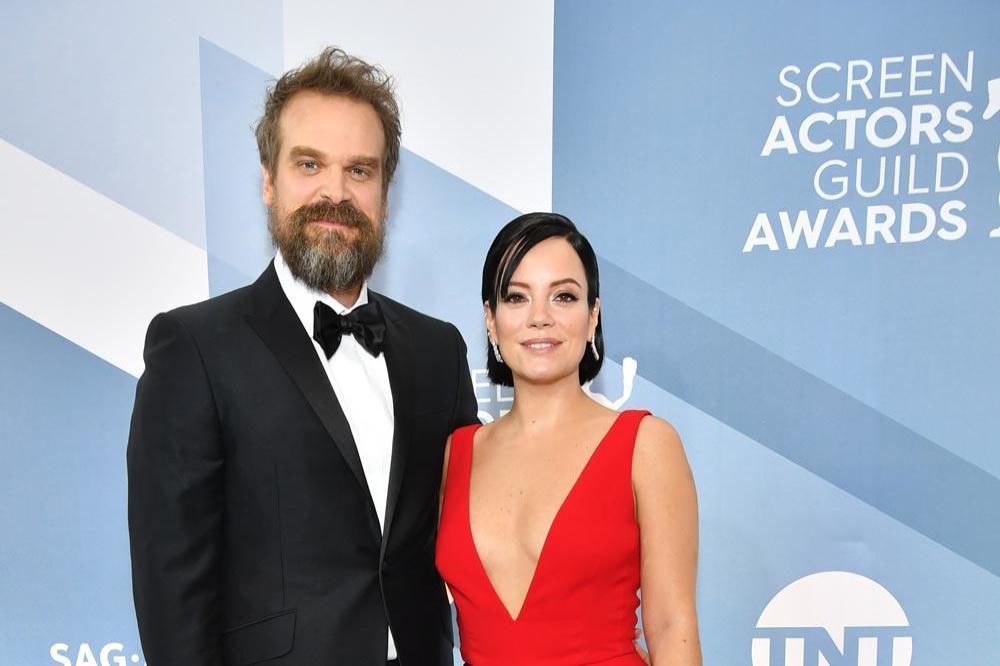 David Harbour and Lily Allen at the SAG Awards 2020

The 44-year-old actor - who was nominated along with his 'Stranger Things' co-stars for Outstanding Performance by an Ensemble in a Drama Series, as well as the Outstanding Performance by a Male Actor in a Drama Series prize for his portrayal of Jim Hopper in the Netflix show - shared a series of pictures of the 'Smile' singer getting ready for the ceremony at their hotel before they headed to the prestigious bash at the Los Angeles' Shrine auditorium Sunday (19.01.20).

Sharing a picture of Lily getting her glam done, David captioned the post on his Instagram Stories: "Who is my mystery date getting hair and makeup done in this hotel room I've been living in too long that is full of 'I don't know what the hell anymore' stuff?'"

He then shared another snap of the pair holding hands in the hallway, which gave his followers the first glimpse of the 34-year-old star's elegant red gown.

He wrote: "Who's the stunning one in red?"

And the bearded actor finally showed off the front of Lily's ensemble, and complimented his partner: "That's right, it's the brilliant, beautiful, brash, bold, brave and just f--ing hot @lilyallen (sic)"

The loved-up pair have been dating since early August, and the 'Hellboy' star previously quipped that the brunette beauty has a "stunningly beautiful butt".

He said of Lily: "[I only have eyes for her.] Until she's turned away from me and I stare at her stunningly beautiful butt."

The couple were first spotted together at London's West End, and later had their romance confirmed when they were seen packing on the PDA in New York in October.

The pair then made their first red carpet debut at a Skin Cancer Foundation event that month, before attending a Halloween party dressed as Jack Nicholson from 'The Shining' and reality star Kris Jenner.

Meanwhile, it was claimed in July that Lily had signed up for celebrity dating app Raya, following her divorce from Sam Cooper - whom she split with in 2015 and divorced in 2018 - and break-up with Daniel Lawrence, whom she dated for three years until January 2019.