Dannii Minogue has revealed her two-year-old son Ethan is showing early signs of being a great golfer.

The 40-year-old star has revealed Ethan can swing a club with aplomb and impresses everyone with his sports skills.

She said: "I don't know who Ethan's going to follow but he loves anything to do with sport.

"He's got a golf swing on him that Kris has taught him that people cannot believe. He's been doing it for eight months now."

Although Dannii split from Kris in April and is single again, she insists she is not unhappy with her life because her son and family make her so happy.

In an interview with Britain's Glamour magazine, she said: "I'm not a misery. Things are great and other people have much harder stuff to deal with than what I'm going through.

"It's easier when you have an amazing family like I have. My parents are very wise and very calm and always there to guide me.

"My brother's amazing, my sister's amazing. I look up to her and the way she deals with stuff." 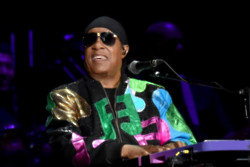