The cast of 'Clueless' reunited for a panel in Chicago on Saturday (23.03.19) and paid tribute to their late co-star Brittany Murphy a decade after her death. 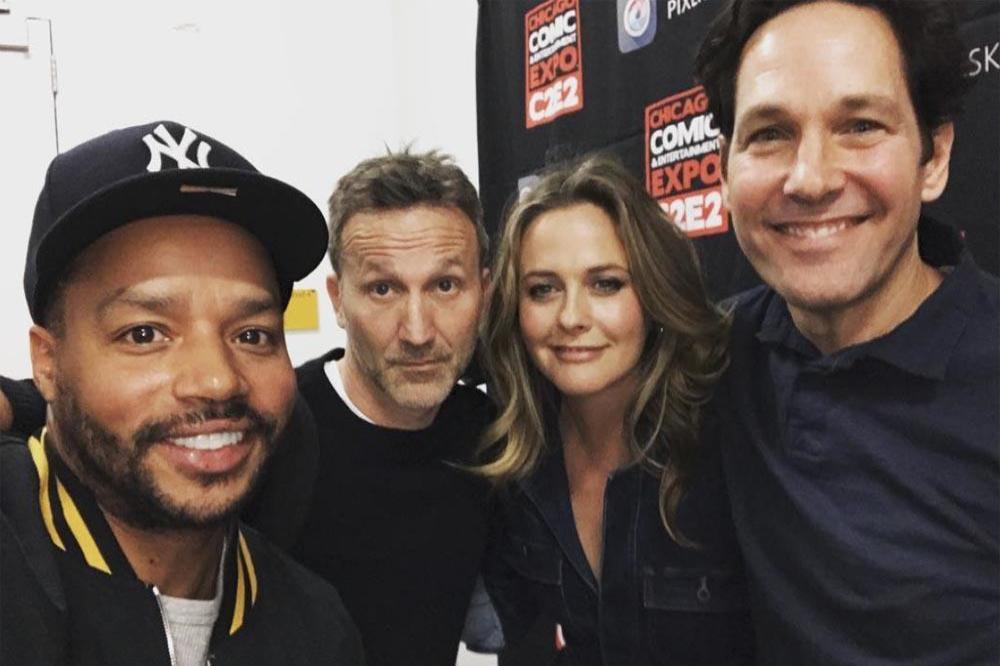 The cast of the classic 1995 teen rom-com, Alicia, Paul Rudd, Breckin Meyer and Donald Faison, reunited for a panel at the Chicago Comic & Entertainment Expo on Saturday (23.03.19), where they shared their fondest memories of the star, a decade after her tragic death at the age of 32, with Alicia revealing that she knew Brittany was "the one" for the part of Tai Frasier right away.

The 42-year-old actress - who portrayed Cher Horowitz - said: "I had to tell [writer/director] Amy [Heckerling] just in case she didn't know that Brittany Murphy was the one that had to play the part.

She also gushed about Brittany - who died of pneumonia and anaemia in December 2009 - delivering "one of her favourite" lines in the film.

Alicia recalled: "I love when she says, 'You're a virgin who can't drive.'

"It's just one of my favourite moments of the whole movie. It's just, her face scrunches up so good."

Breckin Meyer, who portrayed Brittany's on-screen love interest Travis Birkenstock, gushed about how versatile she was as an actress, referencing her role as Alex alongside Eminem's Rabbit in '8 Mile'.

He added: "Ridiculously talented. Like, you see Tai, and then you watch '8 Mile', and you're like, 'That's the same person?'"

Whilst Paul Rudd - who played Josh - said: "She was a sweet person, too. She was ... she was just always so smiley. And sweet."

Donald Faison (Murray) added: "She could sing, she could dance."

After the reunion, Alicia posted a selfie with her co-stars and one with Paul on Instagram.

Gushing about the 'Ant-Man' star, she wrote: "Such a sweet reunion last night at dinner with my pal #PaulRudd. I love this guy! I mean he ordered vegan for both of us..... Swoon One more day to go at #c2e2, hope to see u tomorrow! (sic)"

Alicia admitted Paul, Breckin and Donald had her "laughing so hard" at the Expo.

The other snap was captioned: "So much fun hanging out with these boys today #paulrudd @donald_aison and @breckinmeyer! They had me laughing so hard on our panel. Such a great day at #c2e2 (sic)"