Boy George has conflicted feelings over his ancestor who was part of the IRA, but added he is "proud" of his Irish roots.

Boy George has conflicted feelings over his ancestor who was part of the IRA. 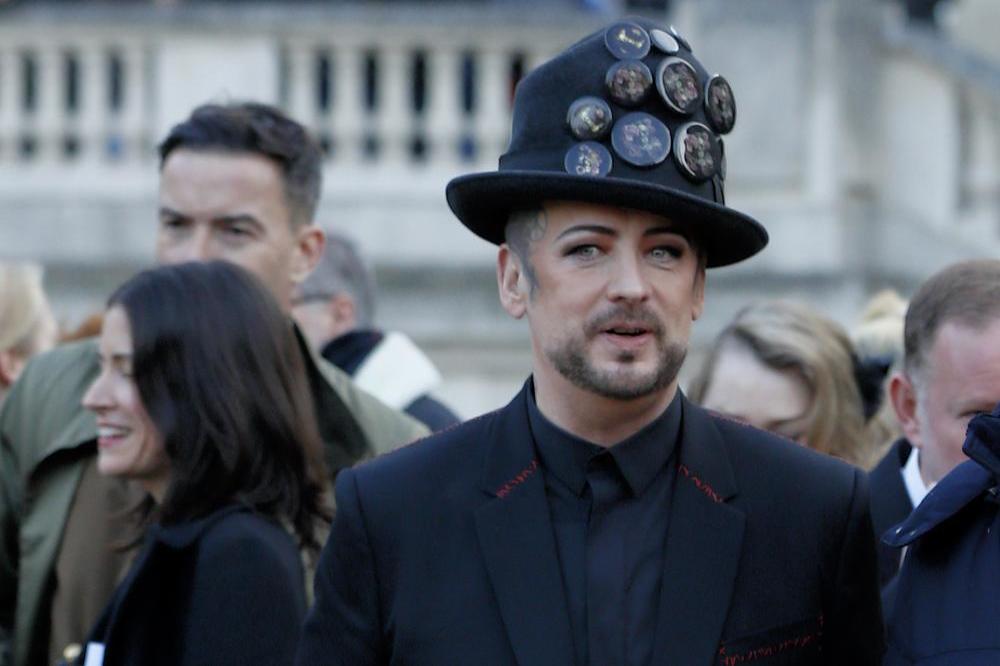 The Culture Club singer was surprised to find out his grandmother Bridget's cousin was a terrorist while researching his family history for BBC show 'Who Do You Think You Are?'

He said: "It's amazing to discover this is part of my family history. I'm proud and I'm sad."

Thomas Bryan, aged 24, was arrested when he and his co-cospirators were readying an ambush on a lorry filled with members of the Royal Irish Constabulary Special Reserve in 1921.

Along with nine other IRA members, Bryan - who together with the group became known as the Forgotten Ten - was executed and buried in an unmarked grave.

In 2001, most of the group's boies were reburied with state honours, and Boy George visited his graveside and the hanging house in Mountjoy Prison in Dublin.

He also learned that Thomas' wife Annie was pregnant when he was sentence to death, but the baby tragically died days before he was hanged.

The star added: "It's amazing to think my great-aunt Annie marries Thomas Bryan and, within four months, he's arrested and he's in prison. But I imagine that she knew what she was getting involved in."

The 57-year-old star - whose real name is George Alan O'Dowd, and was born in London - did take pride in the revelation about his Irish roots.

He said: "I'm part of Irish history. So stick that in your pipe and smoke it."