U2 frontman Bono has revealed his early music was inspired by the "grief" caused by his mother's death in 1974. 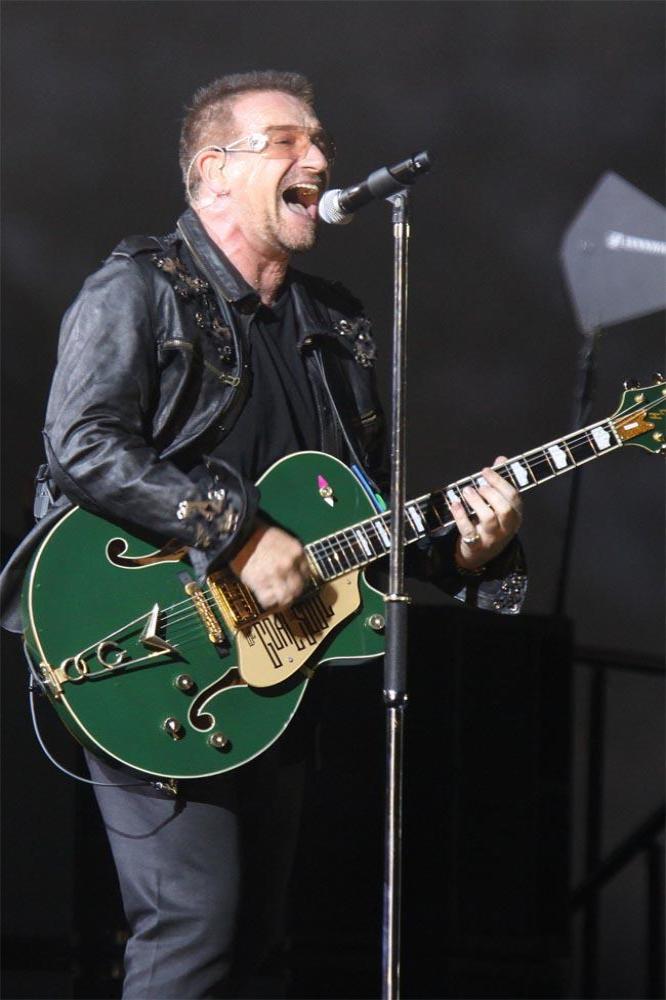 The 55-year-old U2 rocker - who's fronted the Irish rock band since 1976 - has revealed he used music to help cope with the emotional turmoil caused by his mother Iris' death from a brain aneurysm in 1974.

He admitted: "I realised aged 14, when my mother suddenly passed away at her own father's graveside, that I had a hole in my heart.

"I didn't know at the time as I filled it with music. I became an artist through her absence and I owe her for that. I thought the rage I had was a part of rock 'n' roll, but the rage was grief."

What's more, Bono - who stars in the iconic group alongside The Edge, Adam Clayton and Larry Mullen Jr. - explained that songwriting serves as a form of "therapy" in his life.

He told The Sun newspaper: "Everyone has those first experiences. The street they grew up on, a house, a bedroom, a window they looked out of, a first love.

"And I was trying to answer the question, 'Why did I want to be in a band in the first place?' When I was an angry teenager I was sent to see somebody. I must have bored them after a few weeks because they were like, 'Ah, you are fine, get out of here'.

"Music has always been my therapy and, in a band, people are so close that you can't really hide anything from each other.

"I think everyone in U2 has these sore things. You can't be alive, you can't go through life, without some cuts and bruises."