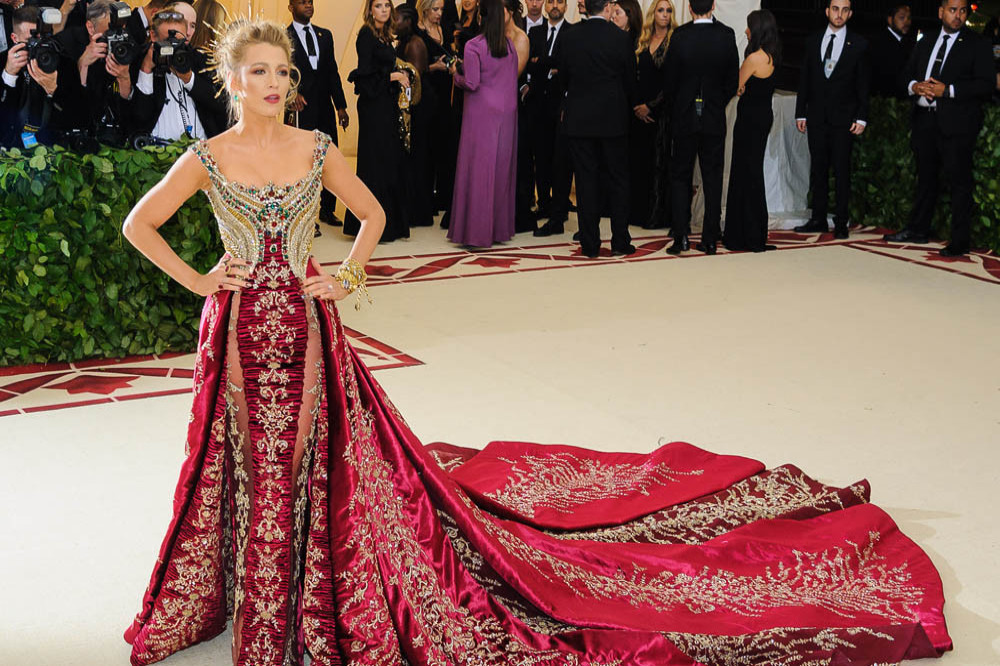 The 'Age of Adaline' star admitted there was a time when she really struggled with her body image, soon after she welcomed her daughter Betty in October 2019.

Taking to Instagram, she shared: "I put together a @lavinoffical shirt and dress from @netaporter to make this pretty outfit. Because no one had samples that fit me after giving birth. And so many clothes from stores didn't fit either. So. Many.

"It doesn't send a great message to women when their bodies don't fit into what brands have to offer. It's alienating and confusing. And I wish I felt as confident then as I do now, a year later looking back. That body gave me a baby. And was producing that baby's entire food supply. What a beautiful miracle. But instead of feeling proud, I felt insecure. Simply because I didn't fit into clothes. How silly is that in retrospect. (sic)"

Meanwhile, Blake previously admitted she is "obsessed" with her children.

Blake recently joked she uses her kids "as weights" so she can fit working out around her family life, rather than having to get up earlier to find the time to do it.

Speaking about her schedule whilst filming her latest movie 'The Rhythm Section', she teased: "I woke up at 5 am, but mostly because I was doing momma duty with my girls. Have breakfast with them, hang out with them, work out with them. 'Cause I didn't want to wake up any earlier. I'm not Dwayne 'The Rock' Johnson. I had to just get some sleep.

"So I would actually wake up and work out with my girls. So I would sort of use them as weights. Instead of wearing a weight vest, I got to wear my children."