Writer-and-journalist Lesley-Ann Jones has admitted she is "ashamed" that she never challenged her friend, former Rolling Stones bassist Bill Wyman, over his relationship with Mandy Smith.

Lesley-Ann Jones is "ashamed" she never challenged Bill Wyman over his relationship with Mandy Smith. 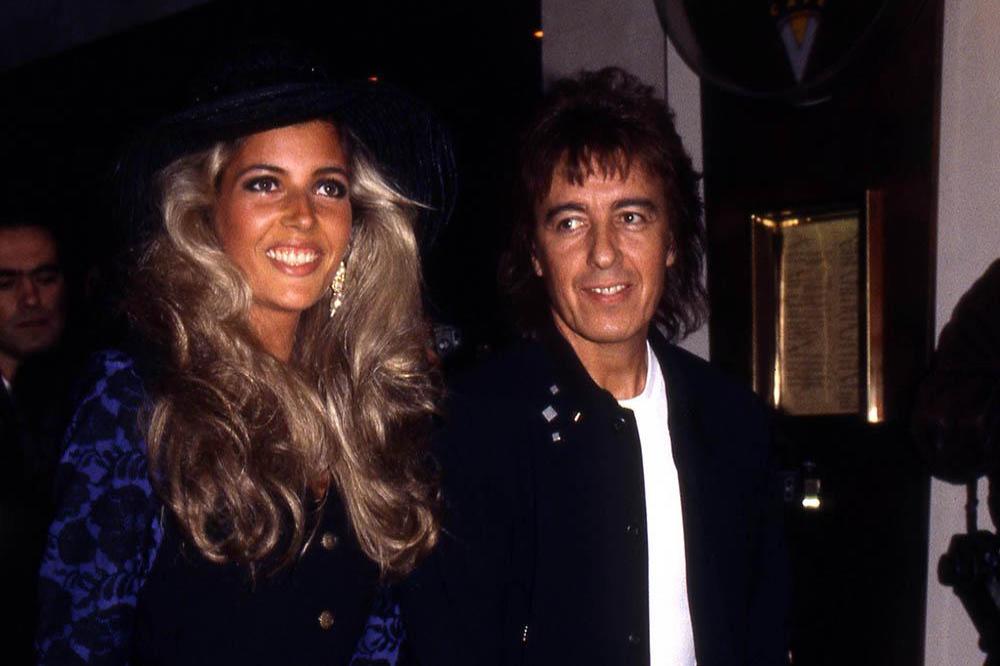 The former 'Ear-Say' presenter was part of a group of friends that included the former couple - who started dating when the former Rolling Stones star was 47 and she was just 13 - and she regrets the fact that their circle of pals just accepted their "illegal and immoral" romance.

In an extract from her book 'Tumbling Dice' published in The Times newspaper, she said: "It was an illegal and immoral relationship. It was accepted, and blind eyes were turned. The perpetrator was an A-list rock star. I am a mother of a son and two daughters. I turned a blind eye too. I am ashamed."

Mandy and Bill married in June 1989, when the bassist was 52 and she was 18 but separated two years later.

Although Mandy had maintained they had waited before starting the sexual side of their relationship, years later the model claimed they first had sex when she was 14, which is below the legal age of consent in the UK which is 16.

Writer-and-journalist Lesley-Ann has admitted she will always be "tormented" by the fact she never said anything to Bill at the time because she knew their relationship was wrong.

She said: "Some memories torment us, despite our best efforts to forget them. My guilt is hinged to the things I never said, but really should have.

"Because I knew a grown man who was having sex with a child. He was, in those days, my friend. His girlfriend was under the age of consent. The law on this in the UK is clear: if an individual over 18 engages in sexual activity with a person under 16, he or she can be charged with a criminal offence, which may result in a 14-year prison sentence. I was aware of this at the time, but I did nothing."

With hindsight, Lesley-Ann believes Bill, now 82, deliberately gathered a "clan" around him to hide his romance with the teenager.

She recalled: "Only all these years later must I admit to myself that Bill was gathering a clan to conceal his love affair with Mandy.

"When his limo approached our chosen restaurant for the evening he would say to one of the boys, usually the tall, dark-haired, good-looking one who grew up to become a famous broadcaster and writer, 'Would you mind walking Mandy in?' He would then take my arm and beam for the photographers, snuggling up to me as we emerged from the car. At the end of the night, when the car dropped us off, it would always be Bill and Mandy left in the back."

The group only discovered how old Mandy was at her 15th birthday party and they instantly "scarpered" from the couple - but they feel they were "as bad as Bill" for not challenging the situation.

She recalled her "tall, dark and handsome" friend saying: "We knew it was wrong. We didn't do anything about it. We never told anyone. We didn't dare. We were unwittingly used to disguise what was going on.

"As far as the press were concerned, we were just the walkers. The very second we learnt the truth, we scarpered. We never challenged Bill about it. We never talked to anyone else about it. But we were as bad as Bill for knowing that he was abusing Mandy and for saying nothing."

While Lesley-Ann believes Bill when he said he had no idea how old Mandy was when they started dating, she insists he should have immediately "backed off" when he found out the truth.

She wrote: "The minute Bill discovered Mandy's age, he should have backed off. He would later shrug off the whole tragic episode as a midlife crisis. He got away with it."