Avril Lavigne and Mod Sun have further fuelled speculation they are dating after they stepped out for dinner holding hands.

Avril Lavigne and and Mod Sun appear to have confirmed their romance. 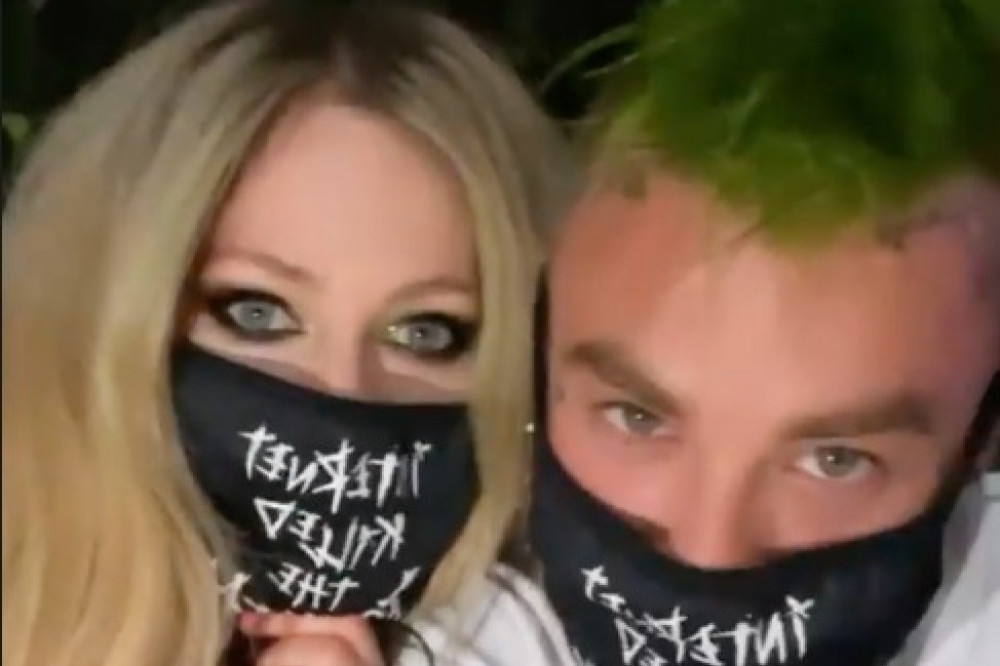 The musicians have been rumoured to be dating for some time now, and on Friday (12.02.21) they were photographed holding hands as they arrived at BOA Steakhouse in West Hollywood to celebrate Mod's album launch.

The pair sported matching face masks with the name of the rapper's LP 'Internet Killed The Rockstar', which features their duet 'Flames', emblazoned across them.

The sighting comes days after it was reported that Mod got Avril's first name tattooed on his neck.

According to TMZ, the 33-year-old musician had Avril inked on the back of his neck as a symbol of his affection.

The celebrity duo have remained tight-lipped about their relationship status so far.

They've spent the last two months working on Avril's new album, which is set to be released later this year, and a source claimed they've quickly developed a strong bond.

The 36-year-old 'Complicated' hitmaker - who was previously married to Deryck Whibley and Chad Kroeger - was recently reported to have fallen for Mod after working with him in the recording studio.

A source explained: "Working together has brought them closer and Avril has a history of falling for people that she works with. She falls in love with them for their musical creativity and expression.

Avril and Mod - who previously dated Disney star Bella Thorne - have relished spending time together in the studio amid the coronavirus crisis.

The insider shared: "Avril and Mod Sun have been spending a ton of time together and getting to know each other better."

Avril previously insisted she hadn't given up on love, despite going through two divorces.

The 'I'm with You' hitmaker - who split from her previous boyfriend, Phillip Sarofim, in January 2019 - claimed she hasn't allowed heartache to undermine her faith in true love.

Asked if she'd like to get married again, Avril replied: "I don’t really care so much about that; I just care about being in a healthy relationship and just being happy."