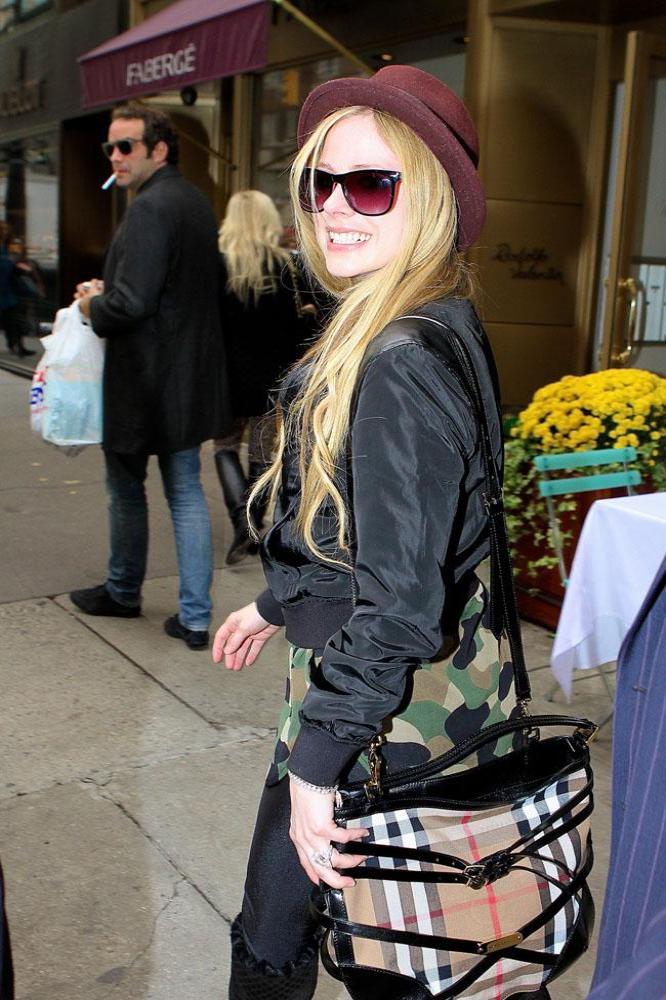 Avril Lavigne's ex-husband Deryck Whibley has petitioned to drop her last name, three years after their divorce was finalised..

Sum 41 singer Deryck Whibley has filed legal documents asking to revert back to his old surname - three years after the pair divorced.

Deryck adopted 'Lavigne' as one of his middle names after they tied the knot in 2006, but the 'In Too Deep' hitmaker only petitioned to drop the moniker on Thursday (07.11.13), E! Online is reporting.

Avril remarried this summer, swapping vows with Nickelback frontman Chad Kroeger in July. The 'Complicated' singer chose to not take her husband's surname in both marriages.

While the 29-year-old star has remained on good terms with her ex, blaming their young age for their divorce in 2009, Chad appears to have a fraught relationship with his fellow rocker.

Last year, Deryck and his girlfriend Ari Cooper dressed as Avril and Chad for a Halloween party, and the Nickleback star didn't respond well to the joke.

Chad scoffed on Twitter at the time: "Hey Deryck loved the costumes! We were going to dress up as you guys this year but all the parties had celebrity themes haha!"