U2 announce new album and tour

U2 have announced a new album and accompanying world tour. 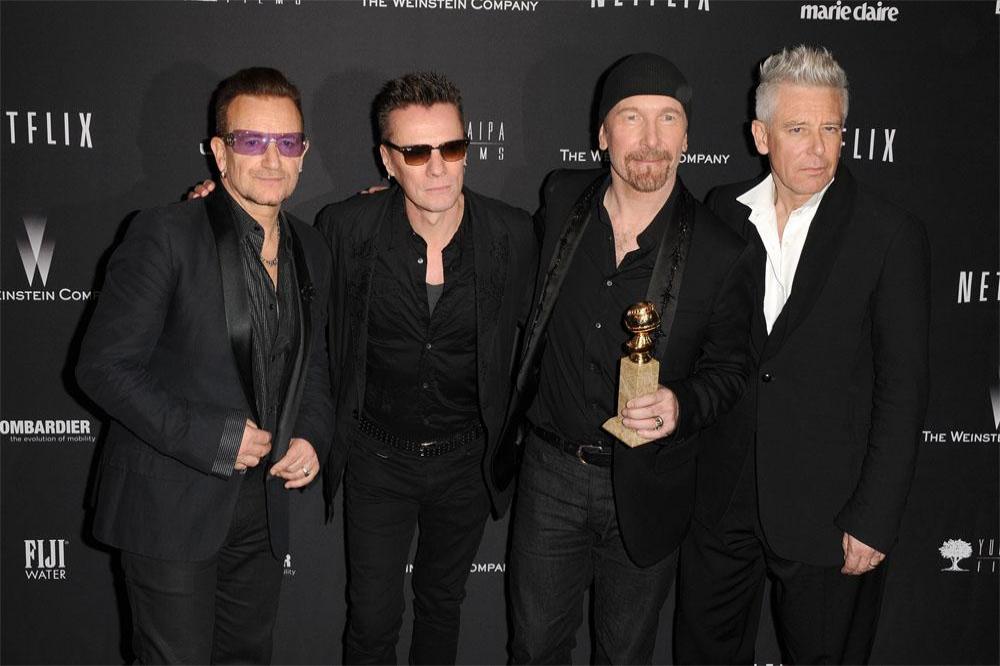 The group haven't yet finished the follow-up to 2014's 'Songs of Innocence', but singer Bono, 56, has confirmed it will be on its way soon and thinks it is even "stronger" than their 1983 LP 'War'.

And he revealed the band will be on the road in support of the release in 2017 - but teased fans may not have to wait that long for the new music.

Bono spoke to Facebook fan page U2 en España and said: "It's not finished yet but you will like it. In terms of lyrics it is stronger than 'War', it has more clarity".

"The second part of the tour is for 2017... You might see a few things in September or October though."

And the group's bassist, 56-year-old Adam Clayton has promised fans can get their hands on the record "soon, in the next six months".

Earlier in the year, 54-year-old guitarist The Edge said that the record was a companion piece to their last album and that they are having to be brutal when picking tracks as they have so much material.

He said; "We always envisaged that it would be a two-record set.

"It's a companion album to 'Songs of Innocence.'

"We are trying to really be brutal with the material and only focus on the things that we're really convinced are the best ideas. I would say we're now at the point of starting to really edit down to the core collection of songs that will make the record. Things are still in their rough state, but sounding really great."

The record is reportedly going to be called 'Songs of Experience', in reference to the last LP, which the band caused quite a furore with when they handed it out for free straight into iTunes customers libraries, whether users wanted the record or not.