Alex Trebek: My wife has kept me alive during cancer battle

Alex Trebek credits his wife Jean with keeping him "alive" during his cancer battle, as he says he wouldn't be here without her.

Alex Trebek credits his wife Jean with keeping him "alive" during his cancer battle. 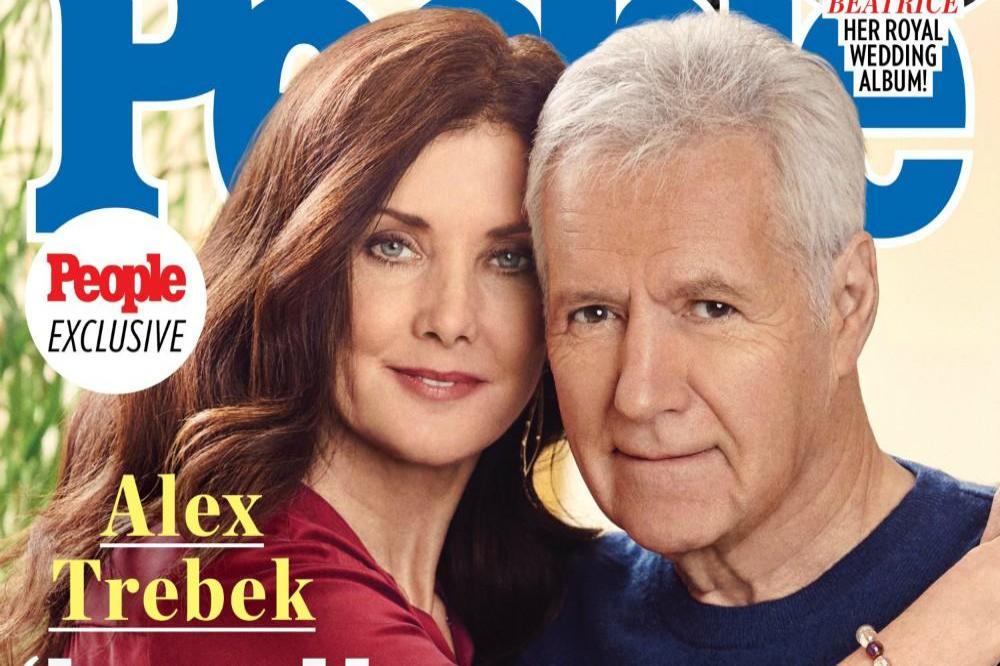 The 'Jeopardy!' host has been married to Jean for 30 years, and has credited her with saving his life amid his year-long battle with stage four pancreatic cancer, as he says that without her, he would have "put [him]self out of this" by now.

Speaking to People magazine, he said: "She's kept me alive. If it weren't for Jean, I'd have put myself out of this a long time ago."

The publication also obtained a snippet of Alex's new memoir, 'The Answer Is... Reflections On My Life', in which he said he knew he would "end up with" Jean the moment they met in 1988.

Writing in his book - which is out now - he explained: "With Jean it just happened. Sometimes you look at something, you look at someone, and you know. I mean, you've heard stories of people who meet and decide within half an hour; I knew this was going to be the person I'd end up with. With Jeanie that's how it was. I wasn't looking for love. But I recognised at a gut level that here was someone who was going to complete me as a human being."

The 80-year-old game show host also recalled making a 'Jeopardy!' joke in the middle of his 1990 wedding.

He added: "When the minister said, 'Do you, Alex, take Jean to be your wife?' I said, 'The answer is ... Yes.' Leave it to me, always trying to go for a laugh. And I got one. Everybody cracked up."

Meanwhile, Alex recently said Jean has been a "saint" during his cancer battle, but said he's worried he could be a "burden on her".

He said: "There was one day a few weeks ago when [my wife] Jeanie asked me in the morning, 'How do you feel?' And I said, 'I feel like I wanna die.' It was that bad. I apologise to her and explain that it has nothing to do with my love for her or my feelings for her. It just has to do with the fact that I feel like I'm a terrible burden to her, and that bothers me tremendously.