Scout Willis, 20, has completed her community service after being arrested for allegedly drinking beer at New York's Union Square in June and giving officers a fake ID.

Scout Willis has completed two days of community service after she was arrested on suspicion of underage drinking.

The 20-year-old daughter of Bruce Willis and Demi Moore received the punishment in July after she was charged with two misdemeanours following an arrest for allegedly drinking beer at New York's Union Square in June and giving officers a fake ID.

A Manhattan judge agreed to close the case without jail time or probation if she completed the community service and if Scout avoids any trouble for six months, all charges will be wiped from her record, according to gossip website TMZ.

It is claimed that Scout was drinking a beer and when an officer approached her she produced a fake ID with the name Katherine Kelly on it.

After further questioning, the Brown University student confessed her real name and allegedly said: "The first ID isn't mine. My friend gave it to me. I don't know Katherine Kelly."

Her lawyer Stacey Richman said after the ruling in July that prosecutors "took a logical approach to assessing the situation".

Explaining Scout's decision to plead not guilty, Richman said: "It would be outrageous to mar a person that's clearly going places - clearly seeking to have a career ... with a criminal record. The goal is clearly a non-criminal offer."

The lawyer went on to describe the student as "clearly intelligent" and "devoted to her studies" and branded the arrest "ridiculous."

She added: "Seriously, you were underage once ... who wasn't looking to get into a bar?" 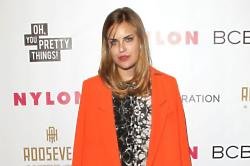 Tallulah Willis had alcohol poisoning at 15 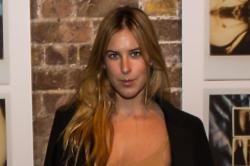