Freddie Prinze JR. was so desperate to land a part in action drama 24 he showed up at the office of the programme’s casting and announced he refused to leave until he was hired.

The actor landed a big part in the new season of the show - as Cole Ortiz - after Emmy Award winner Debi Manwiller spent an hour with him in her office.

Prince, Jr tells WENN, "I went to the casting director's office, and? there were no other actors there. When they brought? me in, I said, 'Look, you're not waiting for anyone ?else to get in here, so we're doing this audition 'til I get it right.'

Adding"She was nice enough to let me ?get a few cracks at it. And I sent her a big box of? cookies when I got the part. I don't get offered this kind of a job, period...

"To get a chance to do this is something, as an actor,? that you ready yourself for. I was very excited." 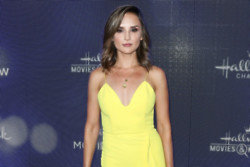 Sarah Michelle Gellar will let her family use computers during Thanksgiving