Tennis babe Maria Sharapova has sparked rumours of romance with fellow court star Andy Roddick. The leggy blonde caused speculation she was dating the handsome sportsman, whose ex-girlfriend is actress Mandy Moore, when he turned up to support her at the launch of her new perfume in New York. Last week, Maria was reported to be seeing Maroon 5 frontman Adam Levine. But she was quick to laugh of all rumours of romance at the launch party. She joked: "Right now I'm known to be dating three guys. So I guess I'm just a cheater. What can I say?" Earlier this month, reports claimed Levine had secretly been dating Maria - who won the Wimbledon tennis tournament in 2004 - since serenading her at her 18th birthday bash in New York. A source revealed at the time: "Adam always has a lot of women after him, but he really likes Maria and they have been seeing each other quietly for several months." Adam, whose hits include 'She Will Be Loved' and 'This Love', has previously dated 'Star Wars' actress Natalie Portman and model Kelly McGee. 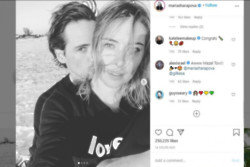 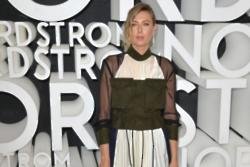 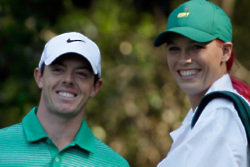